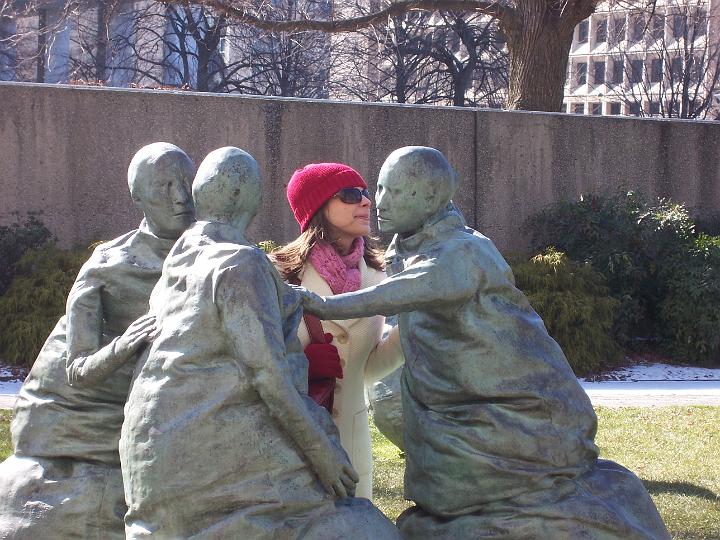 A couple weekends ago, I had to go to Washington, DC on business so Elizabeth joined me for the weekend. We had a great time going to the air and space museum, the modern art museum, and the holocaust museum. Actually, the holocaust museum was a little depressing but definitely worth a visit. We also spent some time just walking around seeing the sights. There are quite a few pictures in the album. Most of the pictures are from the air and space museum but my favorite is the one you see here of E outside the modern art museum. As you can tell from her dress, it was freakishly cold while we were there but it was fun anyway.

While we were there, one of my coworkers hooked us up with some tickets to go see a show at the Kennedy Center. Turns out his brother is the technical director there so he was able to get us tickets to the sold out show. However, when we got there, the tickets were no where to be found. It seems that the Kennedy Center lost the tickets which really sucks since he had actually paid for them. I assume he got his money back but it was a little disappointing to get there and then get turned away. Can't feel too bad though since we didn't have to pay for them and we weren't expecting to go in the beginning because it was sold out. Anyway, we spent the rest of that day shopping in Georgetown and then ate at a great Indian restaurant. Overall, a pretty good trip!