Audrey - Can You Decide?

Audrey had her first homework assignment for her new school this week. It was an "All About Me!" poster. It had her fill in basic information about herself, some of her favorite things, what she wants to be when she grows up, cool facts about herself, etc. It also had a spot for a picture. Of course, the tons of pictures we already have weren't sufficient for Audrey. She wanted a new picture in her new favorite dress, which looks like Elsa!

I was more than happy to indulge her request. We went to the park behind our house and took a few quick shots before dinner tonight, and I've had fun playing with them in Lightroom. Now I can't decide which one I like best! Can you? 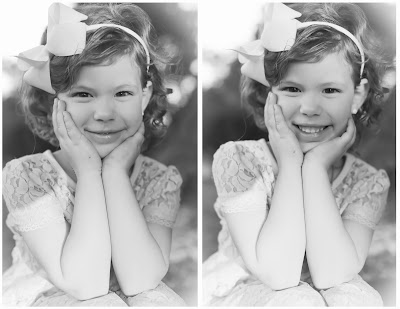 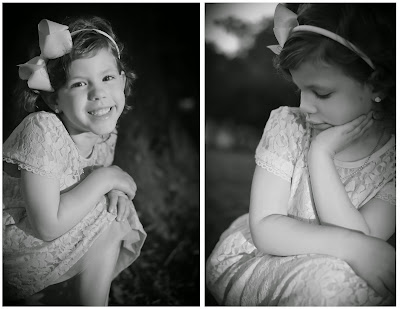 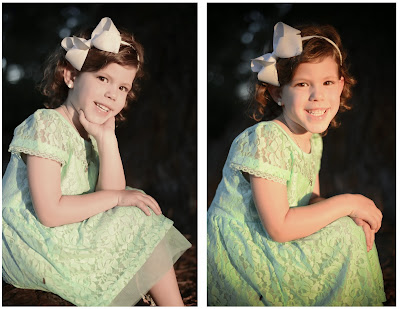 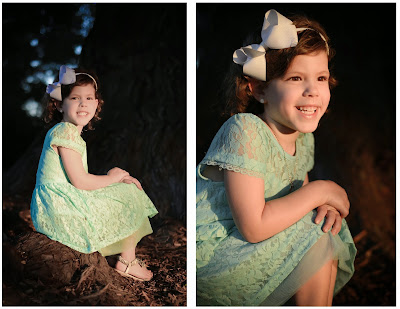 Jackson's first soccer game in California was Saturday afternoon. He was excited to jump right in after watching Audrey's game that morning. He spent most of Audrey's game "coaching" her and her team on what they should do...mostly to me and Ross. He was ready for his turn! 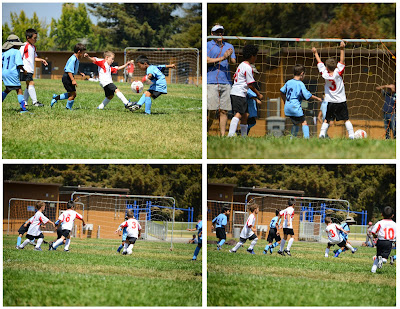 I LOVE that Jackson celebrates when his team scores whether he makes the goal or not. He's excited to be part of the game. He also enjoys taking a picture mid-game... 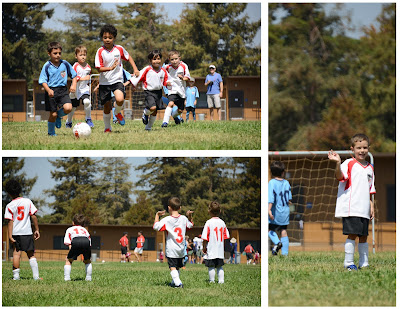 Ross was the referee for Jackson's game. He did a great job keeping the game on track! By the end of the game Jackson was getting tired. He started waiting for the ball to cross his path before he engaged...he decided that's the best way to play. :-) 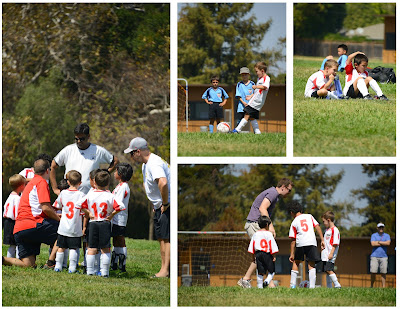 Watching them both enjoy playing the game truly made for a fun day! There are more pics in the album.

Audrey's first soccer game in California was early on Saturday morning. She had a blast! She loves to run, to get the ball and take it down the field, and to play on a team. 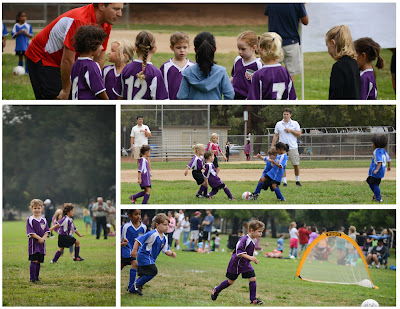 She loves to have her picture taken...even in the middle of a game. She's sweet, she's tough, and she's a good sport! 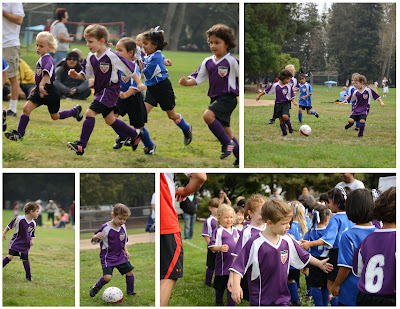 I love my little soccer girl! There are more pictures from game 1 in the album!

1st Day of School in CA!

On August 18th, both kids went to their day care/after school care for the first time. It was Audrey's 1st day of Pre-K4! Jackson's school started that Wednesday, August 20th, so this gave him a chance to get familiar with the teachers and kids he would be with in the afternoons.

We didn't take the 1st day of school pics until Jackson's 1st day. It was his 1st day of 1st grade! 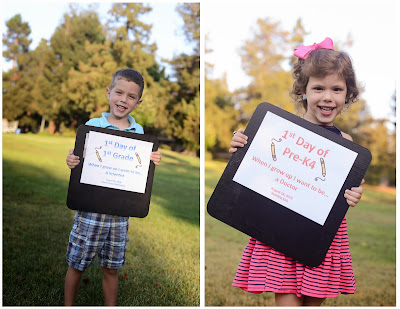 That morning I asked both kids what they want to be when they grow up. Jackson wants to be the Hulk, and he wants his job to be a scientist. Audrey wants to be Elsa, and she wants her job to be a doctor. I have to say...these choices describe them pretty well these days! Jackson really wants to smash things when he gets upset (his self control is GREATLY improved this year though), and he loves to understand how things work and do experiments. Audrey is a girly, girl and loves to be a princess. She has good intentions, but she's a little rough sometimes. She also loves to check things out when someone is hurt and take care of people. She's fascinated by anything medical related. 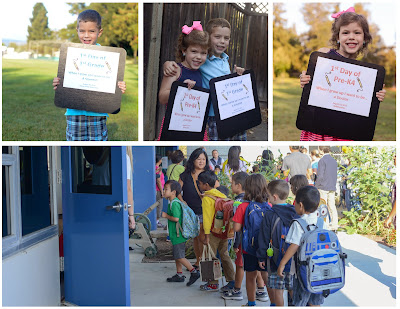 Both kids were a little nervous going into their new schools, but they were excited to make some new friends. They really miss all of their friends in Houston and were starting to get a little lonely.

When we picked them up on their first days, they were both smiling and laughing. They'd had a great day! It's going to take time to make new friends, but they are off to a great start!

As a side note...for those who don't know, Jackson loves the Hulk right now. One of the early days of school, he was asked to bring a paper bag with 5 things that tell everyone a little more about him. His Hulk toy wouldn't fit, so he asked me to take a picture instead. Unfortunately, I wasn't able to take it and print it in time, so he took his Lego Marvels game case instead, which covered two of his favorite things...Hulk and video games. He also took his karate belt, a Texas puzzle piece, his favorite book from the Magic Tree House series, Night of the Nijas, and a picture of our family. These are the pics he wanted to take though. They are both doing their best to make Hulk faces. Notice Audrey can't stop smiling! 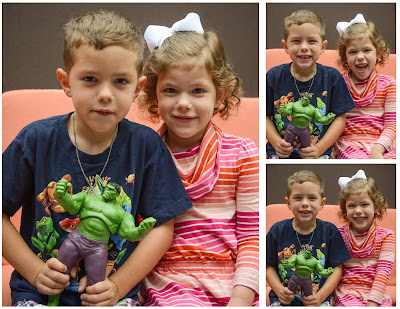 We talked up all of the outdoor activities you can do in CA to the kids before the move, so they were excited to go for a hike our first weekend here. Honestly, Audrey wanted to go on a bear hunt (for those that know the "Going on a Bear Hunt" song, both of our kids LOVE it), but we didn't have enough time...after all, we needed to unpack!

We really didn't want our first hike with the kids to be a long one, so we found a nearby trail that led to a park. 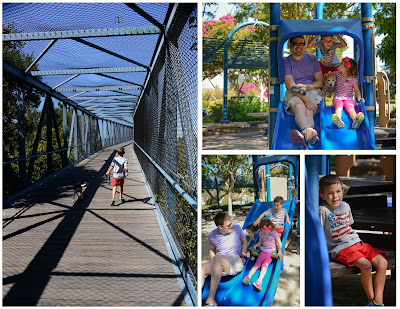 The hike was a success! It was about 1.5 miles total. The kids got to use a pedestrian bridge, explore nature, and play in a park...what's not to love?