Shell's Eco-Marathon has taken place in Houston for the last three years, and Louisiana Tech University has had a strong presence in the competition since it began in the Americas. It is a fun competition where high school and college students race "prototype" and "urban" vehicles to see who can get the best gas mileage. LA Tech has won multiple categories over the years, and we've even contributed by helping them win the spirit award! We gather on a balcony of the George R. Brown Convention Center in our Tech Blue every year to cheer them on, and this year was no exception!

This year's LA Tech team was full of new faces since many of the team members last year were seniors that have graduated. Some of them returned to cheer the team on as well. They raced three vehicles this year. A new urban vehicle, the urban car from last year, and a new prototype vehicle. True to their reputation, each car had a sleek design.

Here are the students working on getting the new urban ready for the race! This vehicle has to perform more like the cars we drive each day with stops and starts throughout the race. 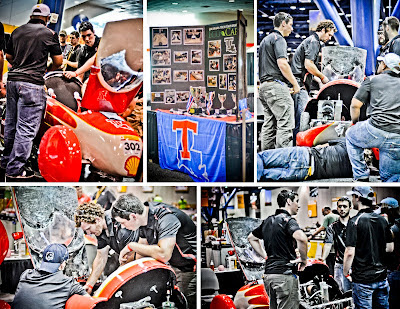 The prototype vehicle is strictly designed and driven to see how many MPG it can get (i.e. no stops required). 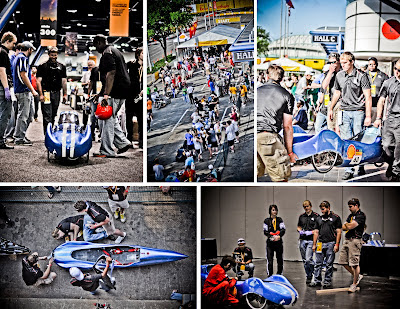 This year the LA Tech Engineering and Science Foundation, which I am on the board for, held one of their meetings in conjunction with this event, and Shell gave us first-class treatment. We were given the VIP treatment during the opening ceremonies and given a special tour of the event on Friday. Ross, the kids, and I typically come to the race on Saturday, so being there for two days gave me some extra insight into the fun and challenges these teams face and the support team that keeps them going. The safety inspections were rigorous and resulted in several last-minute modifications for the team, but their faculty advisers, which includes our good friend, Heath, were right there to give them tips and advice and to help them out in any way. They were also well taken care of by the LA Tech family, which includes staff, alumni, friends, and family. Not only were they there to cheer them on, but they were there to run errands and supply sweet treats like this adorable cake! 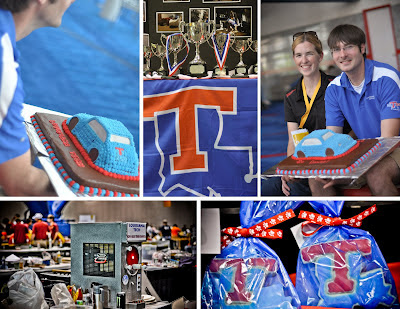 Here are some pics of Ross, Jackson, and Audrey enjoying the event both from the balcony and in "the pit". 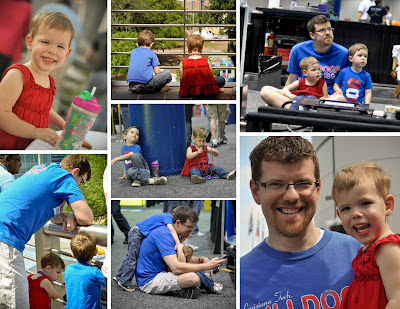 In the afternoon we decided to take a break from the heat. We headed across the track to Discovery Green where the kiddos played on the splash pad. Both kids loved running around in the spray! I left my camera at the convention center, but I snapped a few shots with my phone. 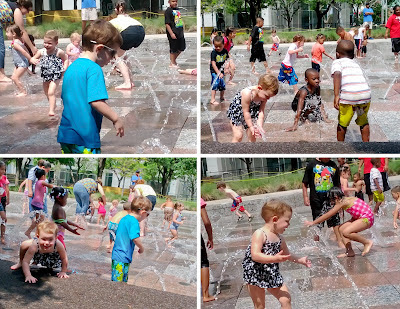 It was definitely a fun-filled day! Both kids were exhausted since we had them power through their normal nap times, but they were amazingly well behaved and made lots of new friends. However, both did crash for a little while at different times. This may be the first time Audrey has slept in my arms since she was a tiny baby...I cherished the moment!

The race continues tomorrow, so we're wishing the team much luck as they finish it out. I know the students have learned a ton from the experience...such an amazing opportunity!

Yesterday was Audrey's 2nd birthday, and we celebrated in Minnie Mouse style! There were a lot of pink, black, and zebra print decorations to set the mood, and Audrey absolutely loved it!

Audrey's friends were warmly greeted by the birthday girl and taken to "Audrey's Bowtique" to get dressed up for the day. 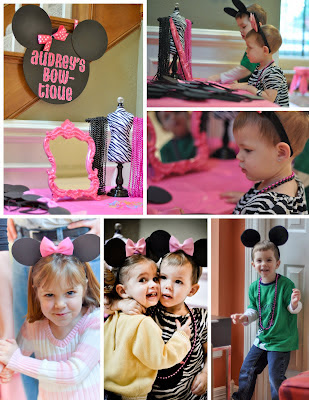 Then it was time to color and play! There were Mickey and Minnie coloring pages for everyone. 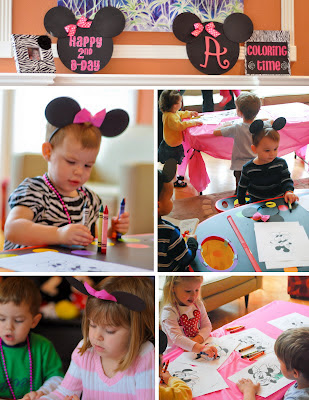 Next the kiddos pinned the flower on Minnie. At this age it was less of a competition and more of a collaborative decorating game. 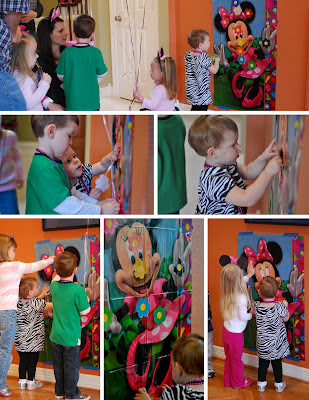 "Picnic Time" included some of Audrey's favorite foods, which are fruit, goldfish, teddy grahams, pizza, and cake, of course! Audrey has been singing "Happy Birthday to Audrey" for almost a month now, so I shouldn't have been surprised when she was able to blow out her candles all by herself! I was though, which is why you see me ready to help. She didn't need it though. Little miss independent was able to do it just fine! 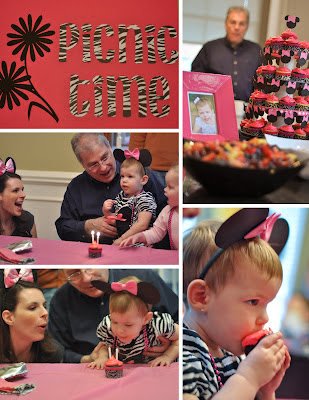 Audrey was overwhelmed with amazing gifts from her friends and family, and her friends were ready and willing to help her open them and figure them out! 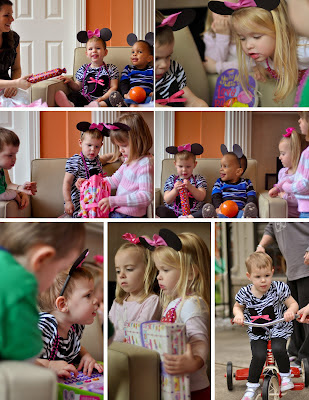 I had a lot of fun doing all of the decorations and details for Audrey's party this year, but more than anything, I loved getting to celebrate another year with our baby girl with family and friends. We somehow managed not to get any pictures with Ross' folks, and the picture below is one of the only ones of Ross with Audrey (can you tell he's wrapped around her little finger?). I'm truly grateful for the pictures Ross' dad, my dad, and my friend, Whitney, took so I could focus on the big moments throughout the day! Audrey had a VERY happy birthday!

And yes, there are even more pictures in the album.

This morning Jackson and Ross joined some other members of our community to help pick up sticks and generally help beautify the neighborhood a little. Meanwhile, Audrey and I stayed home and beautified ourselves with a little girl time. For the first time ever...we painted Audrey's toenails! She loves them! 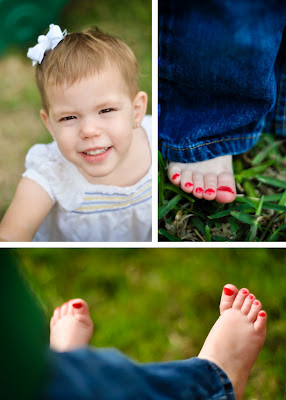 When Jackson and Ross returned from their hard work, we spent a little time outdoors on the swings. 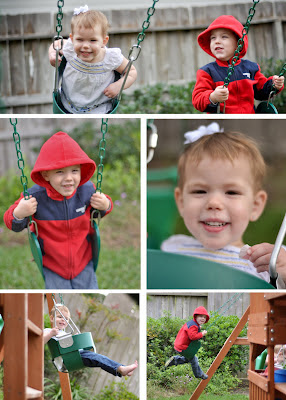 It was a beautiful day, and there are more pictures in the album!