This weekend was filled with lots of fun! Friday was Ross' 30th birthday! Ross got a few new toys, and we celebrated with good friends that night.

The next morning we woke up to find that Santa had come early! Jackson had lots of fun checking out his new toys as you can see. 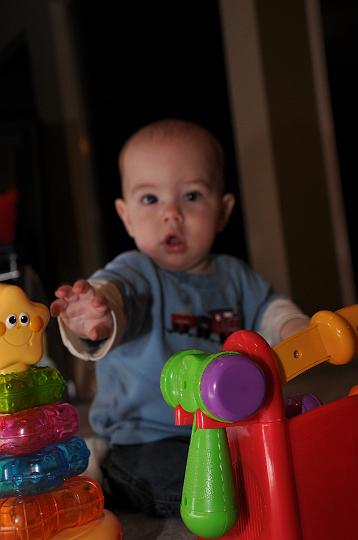 There are more pics of Jackson checking things out and our house decorated for Christmas in the album.

My dad drove down Saturday, and we spent most of the day finishing up the last of some Christmas shopping. He drove down to babysit Jackson that night so we could stay out late at a wedding for our friends, Chris and Shannon. Ross works with Chris, and he and Shannon are the ones that cleaned up our yard after Ike when we were in Leakey. Both the ceremony and reception were very memorable occaisions. I've never laughed so much in a wedding ceremony, and the reception was a blast. We didn't take any pictures, but another friend took one of the two of us after the ceremony. 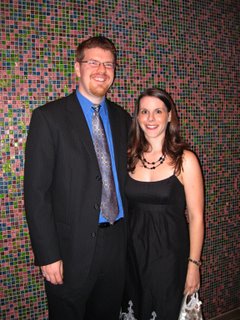 We can't thank my dad enough for taking care of Jackson and letting us enjoy a night out. It wasn't an easy night for him because Jackson is sick again. We're really hoping his fever will go away and he'll be able to enjoy his 1st Chrismas!

All I want for Christmas...

are my two bottom teeth.

It's been a fun day with Jackson. Ross woke up to Jackson saying "dada" this morning, and when he picked him up from day care today, he discovered that Jackson's bottom teeth cut through!

Today the shuttle flew right over our house on the back of a 747 on it's way back to Florida from California. It was a great site to see, and may be one of the last opportunities we have. Since I was home with Jackson today, I was able to get a few pictures. 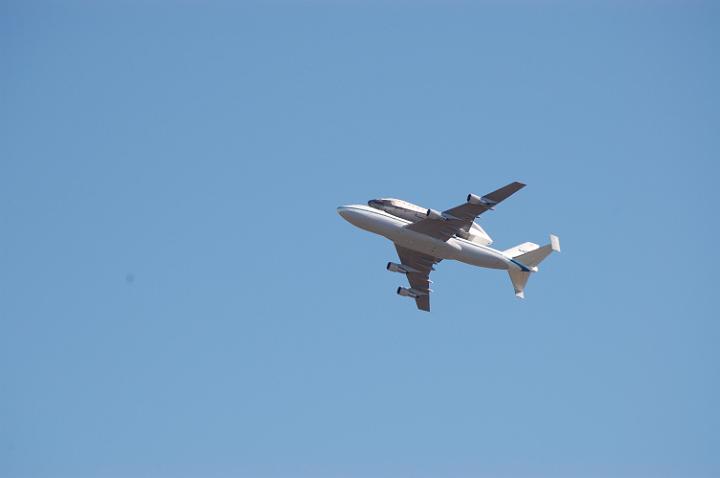 Not so perfect night for our 6 month old...

So the perfect December night included a not so fun first for Jackson. He had his first fever. Jackson will be 6 months old tomorrow, which means it was time for his 6 month vaccines and the newly reccommended flu shot. Around 12:30 this morning, Jackson woke up with a fever of 103.3. It's such a scary feeling to wake up in the middle of the night to a sick baby. Fortunately, we knew it was likely a side-effect of the vaccines, but we still called the doctor last night because the fever was so high and was accompanied by a couple of other symptoms. After a dose of Tylenol, some food, and some rest, Jackson is pretty much back to normal.

Jackson is SO much fun! He has a very laid back personality. At 6 months old, he is rolling over and sitting up. He sleeps 11 to 12 hours straight at night! He laughs at everything, tries to grab everything, and then proceeds to stick it in his mouth. He loves Bailey, and they are so sweet to each other right now. I get the feeling they are both looking forward to the days where they can play together more though. Jackson seems ready to start moving around, but at the same time he isn't very motivated. He fills our hearts with so much joy! We look forward to every moment we get to spend togehter as a family, and we are looking forward to sharing the reason for the Christmas season with him. Here are a couple of pictures from Jackson's very first professional photo shoot last week. 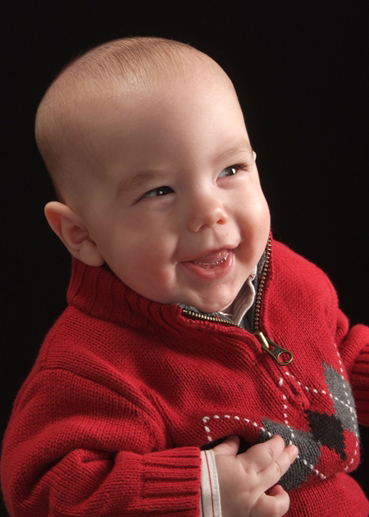 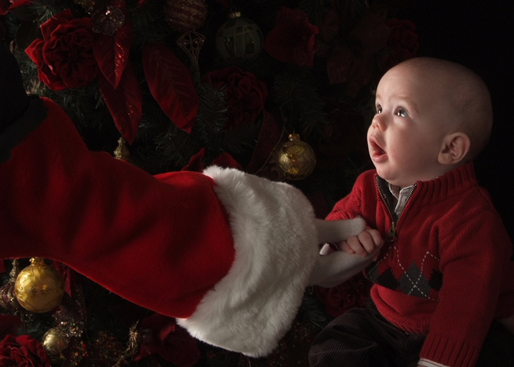 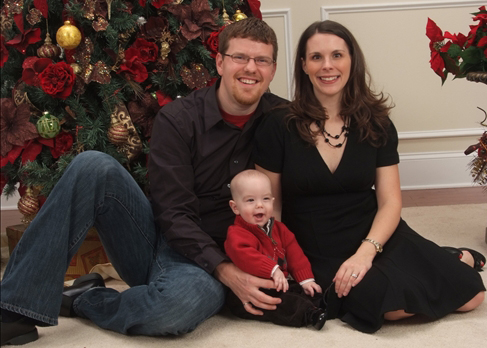 Of course, there are more pics in the album.

Posted by Elizabeth Taylor at 11:22 AM 0 comments

Shortly after I got home tonight it started snowing...yes, snowing in Houston! So I made some hot chocolate, curled up on the couch and watched White Christmas while I watched the snow collect in our atrium.

Yesterday the temperature was in the 70s here, and today it's been snowing for several hours. Here's a picture from our backyard that just shows how quickly the weather can change. This is one of our hibiscus... 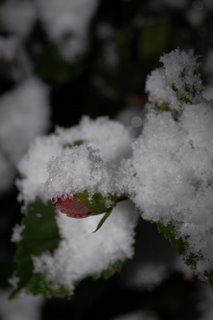 Here's a picture of our house and the reindeer Ross made a few years ago being covered in snow. I can't wait to see if it's all still there in the morning! 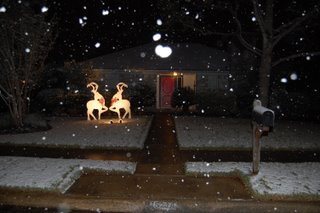