4th of July in Leakey!

We spent the 4th of July in Leakey again this year, and it was a blast! We went to the rodeo, watched and shot fireworks, floated and played in the river, and enjoyed the nature around us.

Poppers were a favorite for the kiddos. 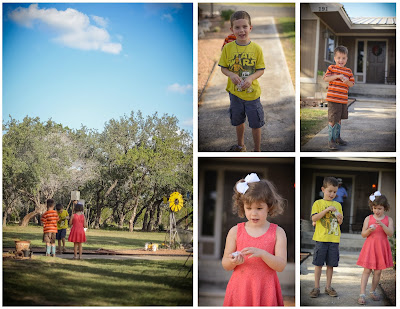 Isn't my nephew, Mitchell, adorable! I love the boots. Of course, seeing Jackson and Susan enjoying the view from the porch was pretty special too! 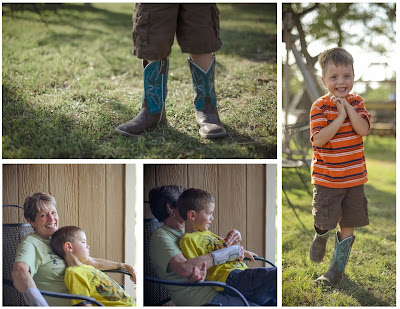 All of the kids are into Star Wars these days, so there were lots of lightsaber battles in addition to the outdoor activities, which wore us all out! 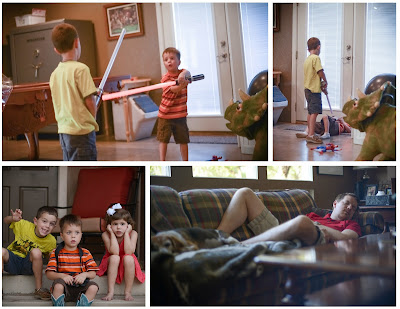 Mitchell got some chickens for Easter, so we had fun getting to know them, as well as watching the deer feed. I also managed to get a picture of one of the butterflies floating around the river. 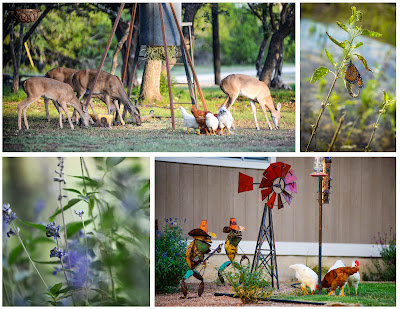 It was a relaxing and fun trip! 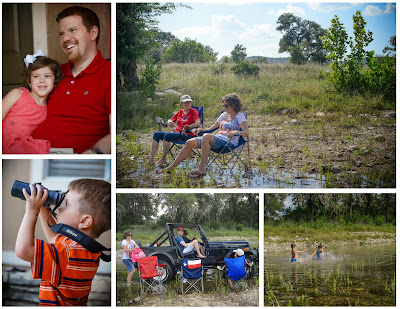 Jackson turned 6 on June 12th! Since his birthday was on a Thursday, we started the day with presents from the family. He had cupcakes with his friends at Bushi Ban during the day, and we spent the evening having a special family dinner and more cake. The big party was on Saturday. This year Jackson chose a "Jake and the Neverland Pirates" theme. 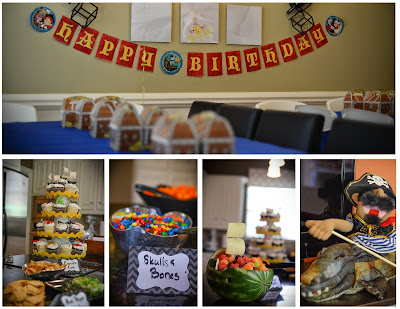 It was a water slide party with pirate games too! 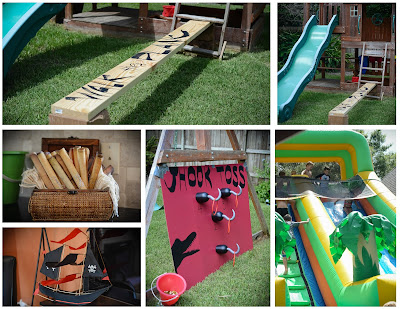 After lots of fun sliding and splashing around, I gathered all of the kids and passed out their treasure maps. Each map had a different path to get to the treasure. Jackson went to the "Hook Toss" game first. Then he had to "Walk the Plank" and "Swab the Deck." 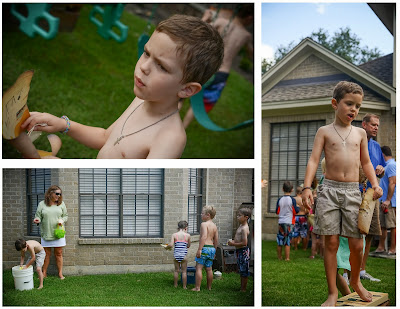 Jackson's next stop was the "Cannon Ball Toss," which was throwing water balloons at Captain Hook. 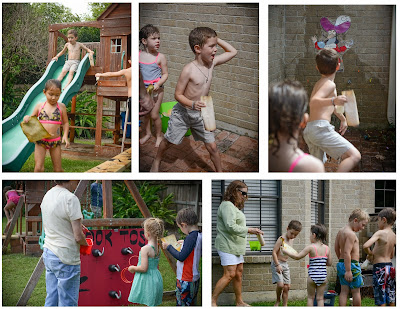 Finally, Jackson and all of the kids reached the "X" on the map, which was in our dining room. Each kiddo had their own treasure chest filled with pirate party favors. It was definitely the most kids we've ever had in our dining room at one time! 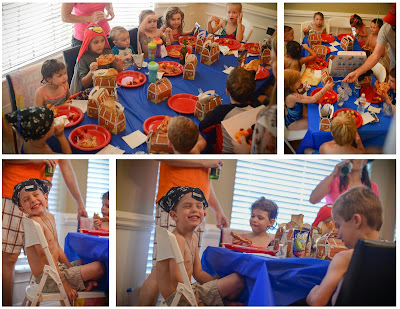 They also got to dig into the food and have cupcakes! Jackson was SO excited to have so many of his friends there to celebrate with him! 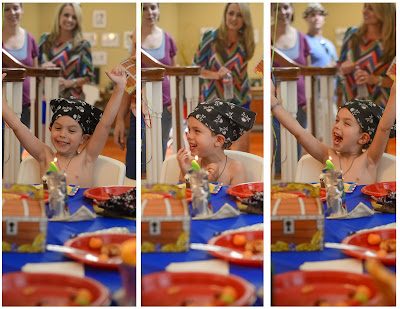 Jackson is one of the messiest eaters I know...check out the goatee he managed to create while eating his cupcake.

Once we got Jackson cleaned up, we moved to the living room to open presents. He was so sweet and thoughtful. As he opened each gift he wanted to read every word on every card and thank each person for what they gave him. He enjoyed every moment, but it took a while, which meant some of his friends lost interest before he was done. 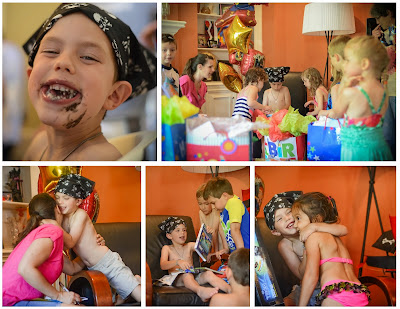 The party then continued on the water slide until after everyone was gone. Ross and I joined in at some point too. We couldn't pass up the chance to act like a kid again!

This birthday was an awesome celebration of Jackson and everything we love about him! It was so wonderful to see him so happy! Of course, there are more pictures in the album.

Here's a run down of some things about Jackson as he turns 6:

Loves God, his family, his friends, and his teachers!

50th percentile in height (same as every year so far)

25th percentile in weight (same as every year so far)

Generally, a sweetheart and very helpful

Not a fan of change, and sometimes struggles with managing disappointment/anger (works really hard on this!)

Favorite subjects: science and reading. He has chosen to do several science camps this summer, and he is reading short chapter books.