reBorn on the 4th of July

Our nephew, Mitchell, was baptized on the 4th of July. We made our way to Leakey on Friday to be there for all of the festivities. Neither Jackson nor Audrey slept well on the ride there, but they both loved spending time with Mitchell once we arrived...we all did! Saturday morning all three kiddos spent some time playing and checking each other out. Mitchell and Audrey just loved looking at each other, but Jackson was a little more hands on with his attention. 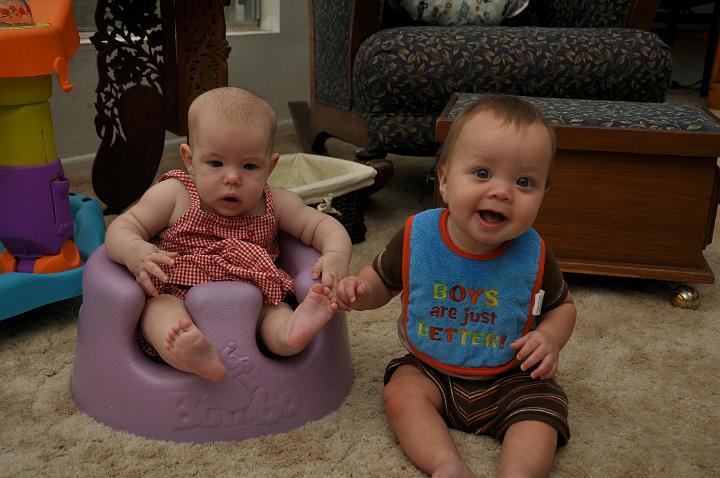 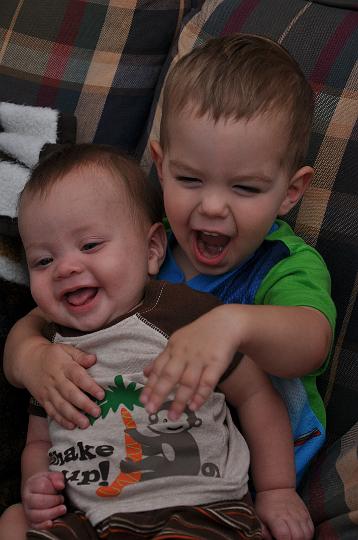 Later Saturday morning we made our way to Leakey's 4th of July parade, which was made up of horses, flags, a chair brigade (dancing with chairs), and lots of homemade floats sponsored by local businesses. There was a good turn out despite a little rain. Jackson enjoyed dancing and cheering for the floats. He even managed to get a bouncy ball that was being thrown with a little help from Aunt Leslie. Audrey and Mitchell were crowd pleasers as well with their contagious smiles! 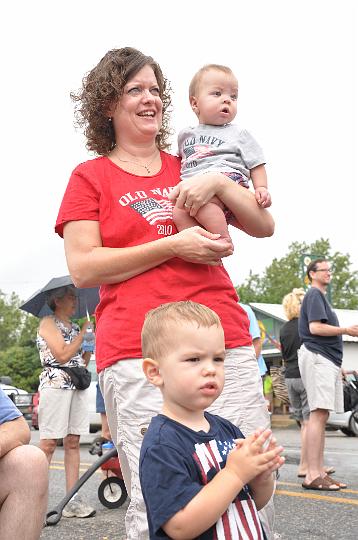 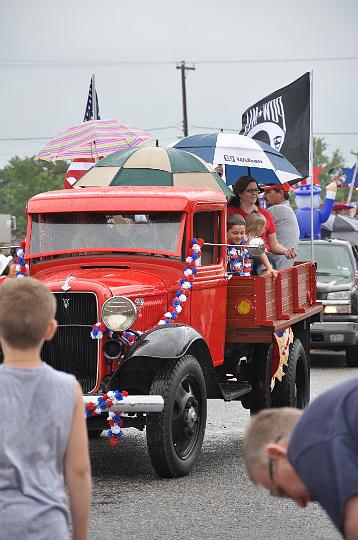 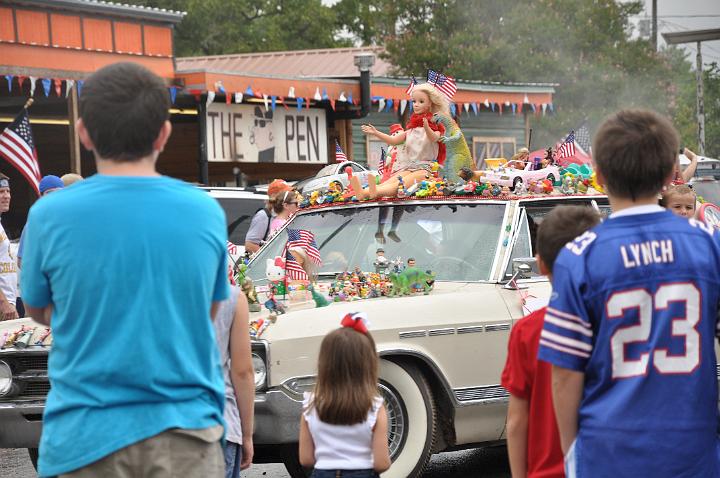 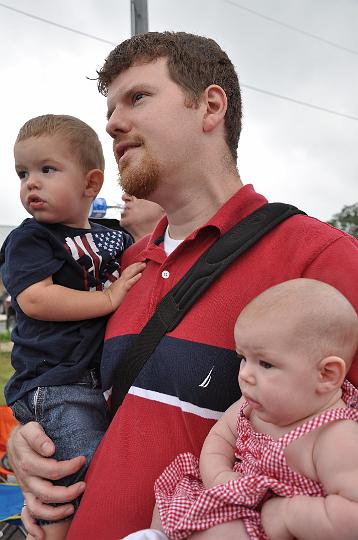 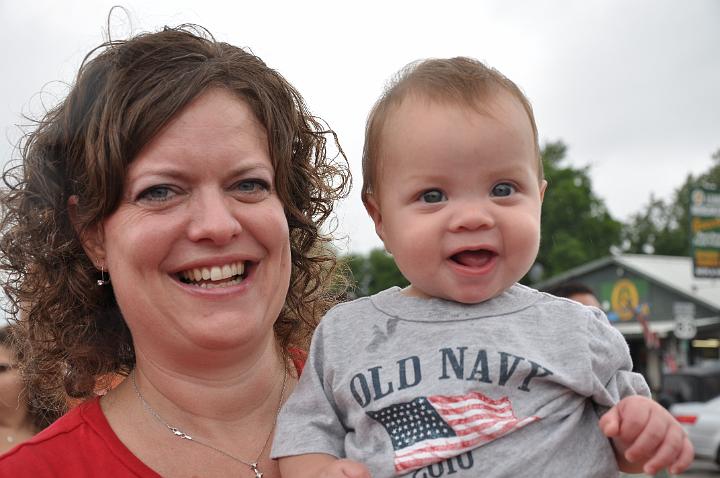 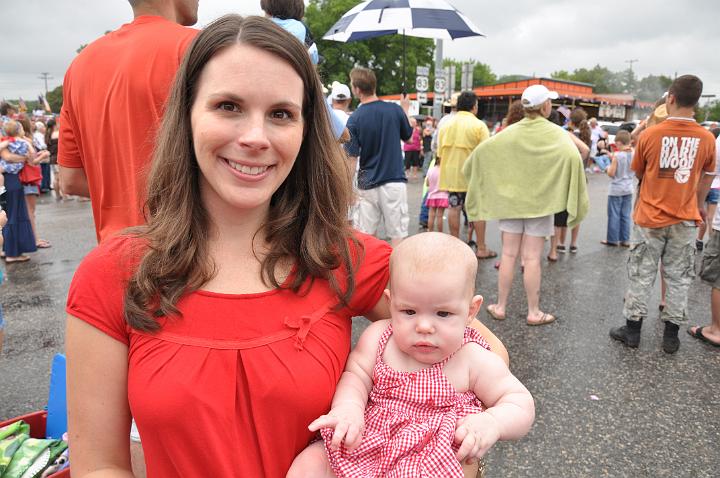 After lunch at one of the food booths in the town square and good naps back at the Rodriguez house, we went back to check out the goods being sold in town. There was lots of cute stuff, but I controlled myself and only walked away with this adorable headband for Audrey. 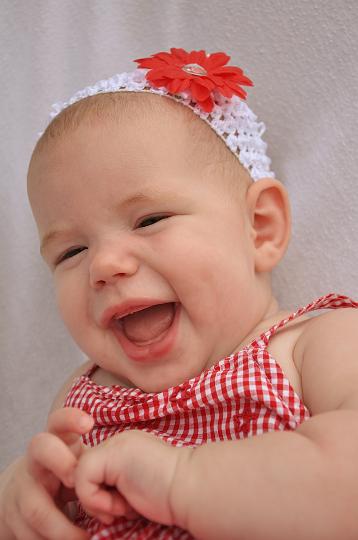 From there we made our way over to Grandmother and Graddad Taylor's house where Jackson attempted to fly his first kite. Graddad bought him a pirate ship kite! It never got to sail due to a lack of wind, but we had fun trying anyway. We expect it to be a lot of fun here in Houston! 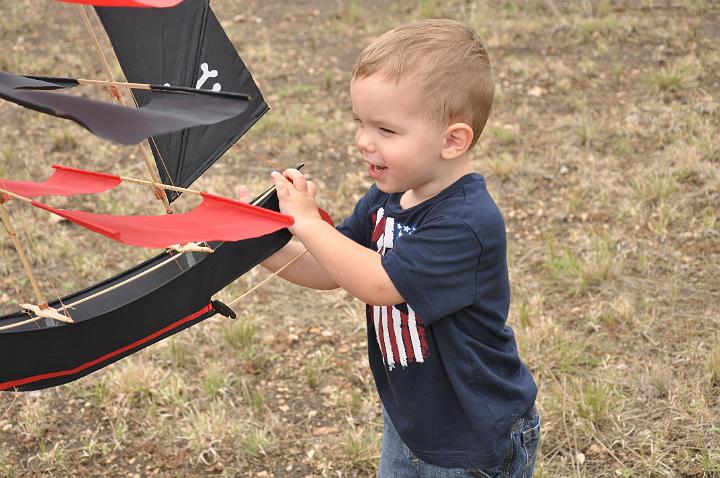 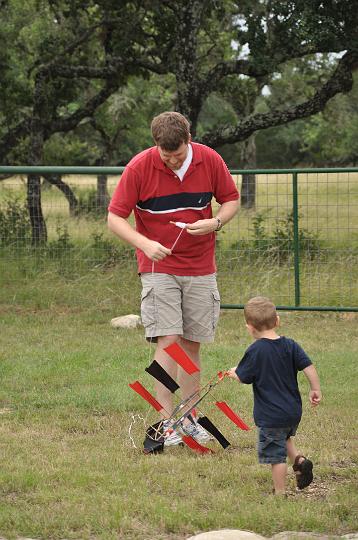 The day was over before we knew it, but we enjoyed every moment...especially with smiles like these around... 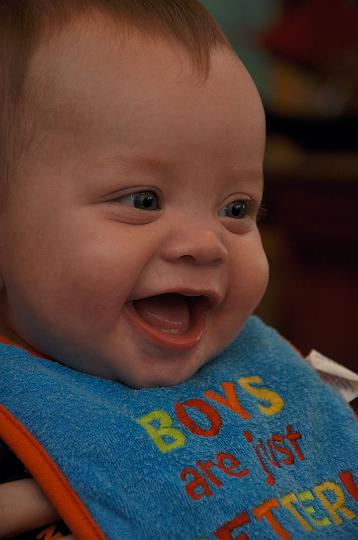 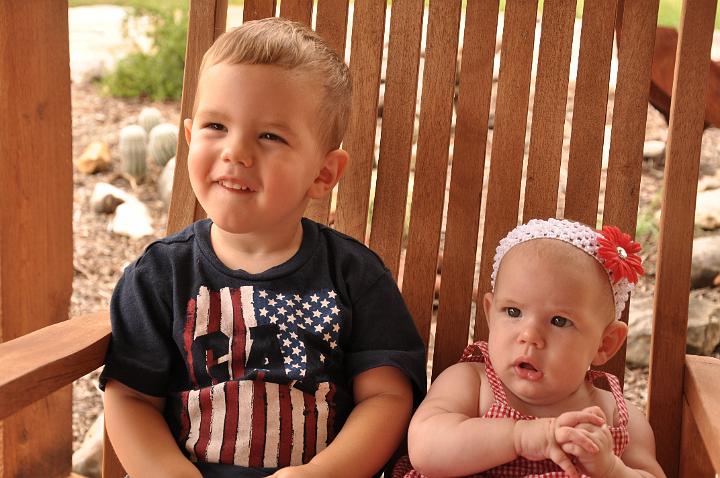 Mitchell was baptized at church on Sunday, so he was re-born on the 4th of July. ;-)

We got a couple of family pictures before the service at the Frio Springs Lodges. 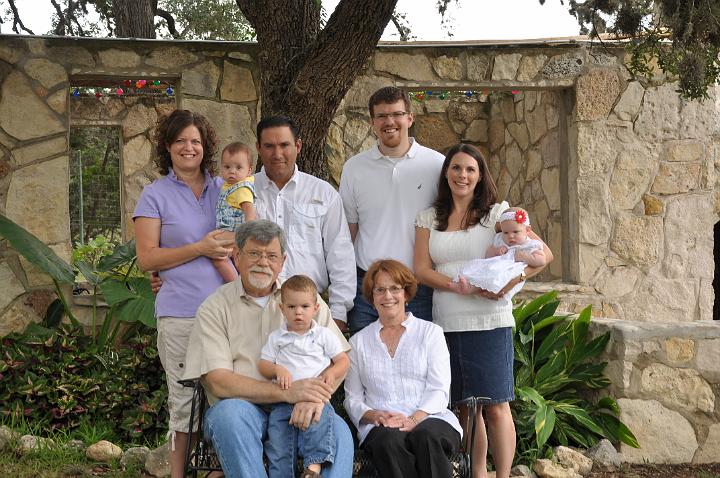 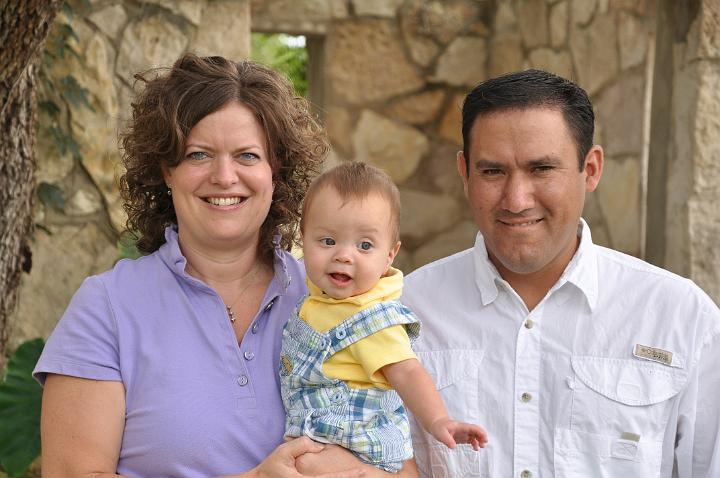 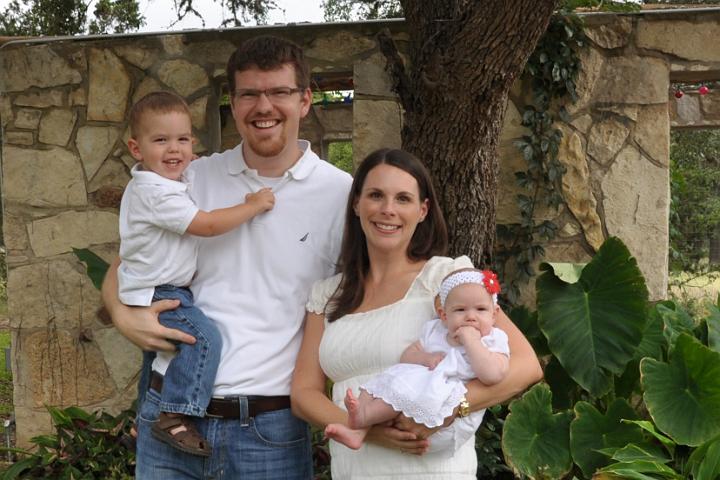 There was a pool party and cookout to celebrate that afternoon. Jackson and his friend, Aiden, had fun running around and playing together. 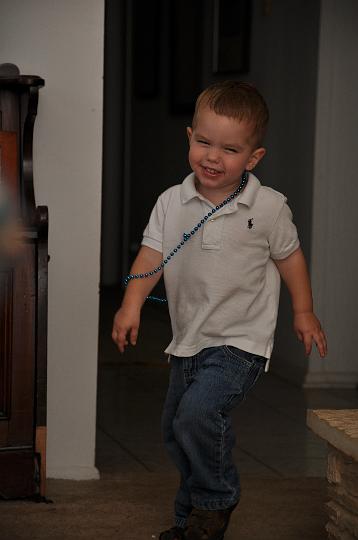 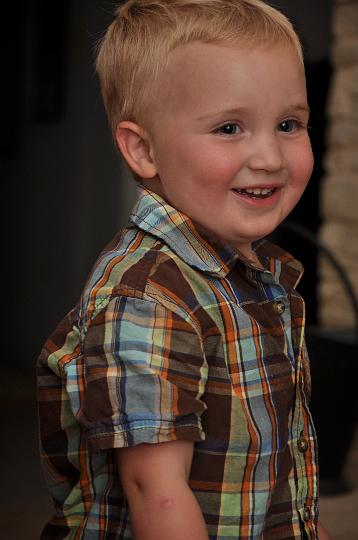 Audrey seemed to enjoy talking to herself and anyone that would listen. 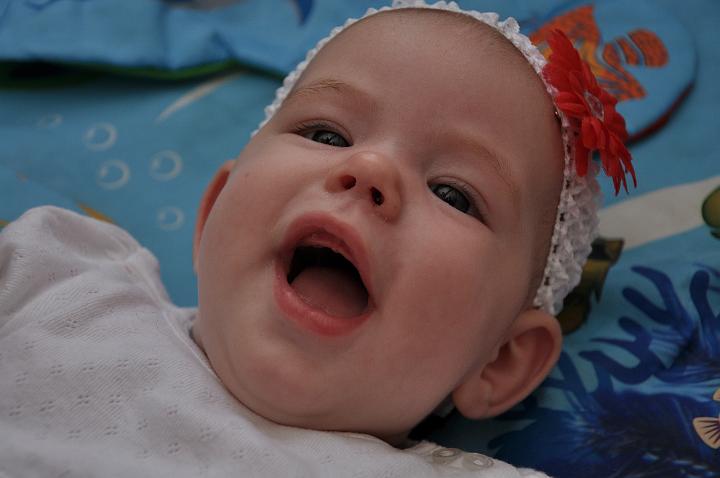 Jackson and Mitchell had fun swimming too. It was a little too cold for Audrey, but Jackson was fearless...a little too fearless. He would swim around on his own with his floaties and jump off the diving board with a little help. Then after deciding to be done and playing with Audrey for a few minutes, he decided to go back in without his floaties or telling anyone...fortunately Aunt Leslie and Uncle Philip were quick to grab him! I'm still a little traumatized by the whole event, but he is fine! 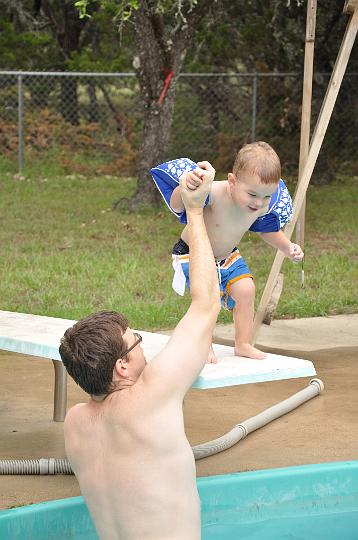 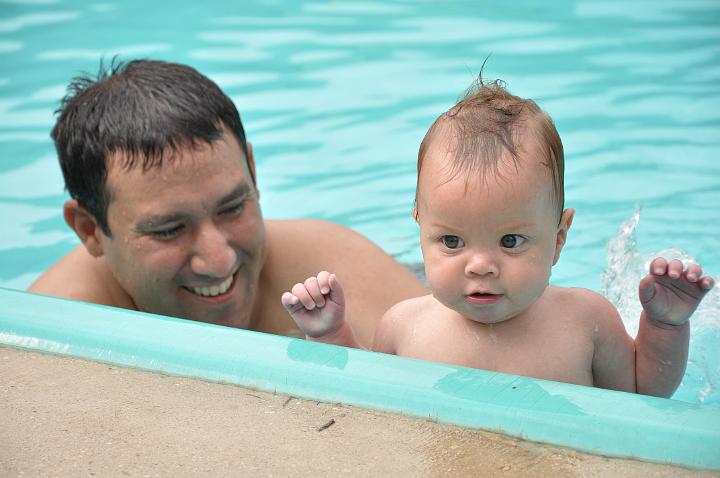 All in all it was a great weekend with family and friends. There are more pictures of all the festivities in the album.

Posted by Elizabeth Taylor at 5:55 PM