Last weekend was Jackson's 3rd birthday! It's hard to believe, but it's true! We originally planned to have a party at Jump N Jungle, but plans changed when Jackson broke his leg. Instead we had a Dinosaurs Rock party at a local park, which was a blast! 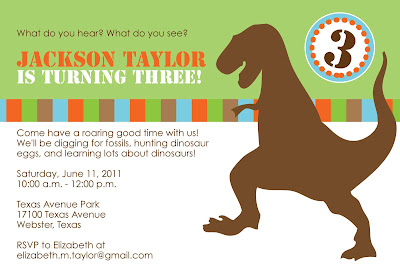 Texas Avenue Park's pavilions are first come, first served, and since all the other park pavilions were already booked, we decided we'd risk it. We arrived at 8 AM to find people had shown up at 4 AM to save the tables. Fortunately, there was another pavilion without any tables (it's a covered basketball court) where we were able to set up, and it worked out great! The kiddos had lots of room to run and play in the shade.

Walt, the dinosaur guy, started the party by having the kids help him make a volcano with play dough. The different colors represented different things, and after putting dinosaurs around the volcano, they even crashed purple meteors into everything. Jackson had the honor of making the volcano erupt, which he thought was pretty cool! 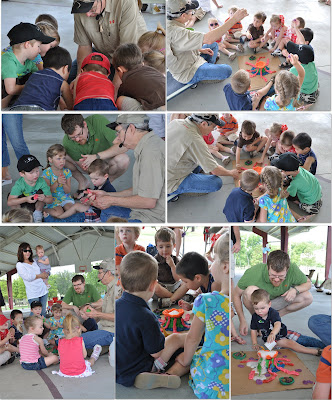 Then Walt captured their attention for over 30 minutes talking about different dinosaur facts and fossils he'd brought with him. It was a very hands-on demonstration, and the kids loved being involved. 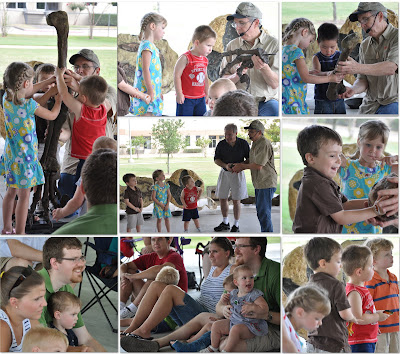 After learning about the fossils, they got to go on their very own dig. They found all kinds of special rocks and fossils, which they got to keep! 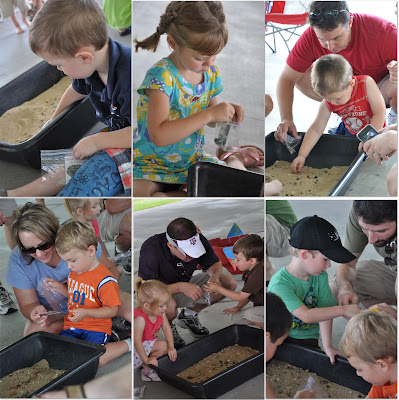 While they were digging, some dinosaurs laid eggs in the grass by the pavilion. There just so happened to be enough for every kid to get one! Inside each egg was a stretchy, sticky dinosaur. What fun! 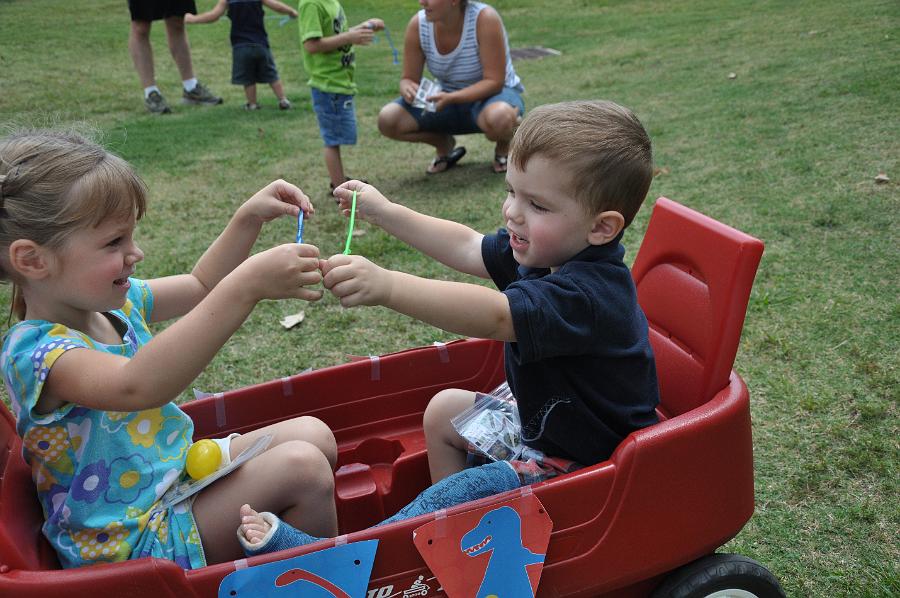 Finally, it was time to eat! Here's a picture of the cake. Apparently, I stopped taking pictures at this point, so if I get pics from someone else of JD blowing out candles or the kids running around, I'll make an update. 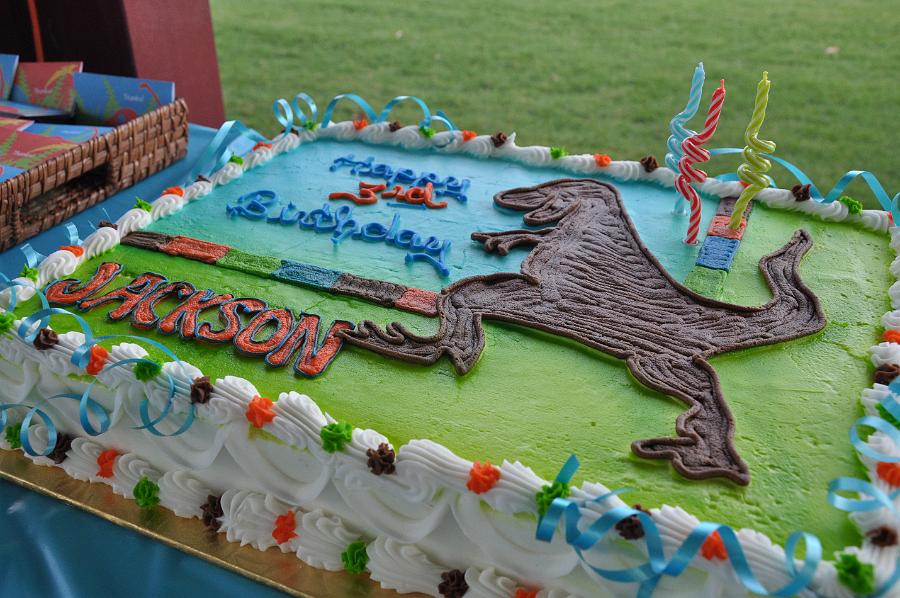 I ordered some dinosaur printables for the favor bags, banner, and signs for the food. This one was my favorite. ;-) 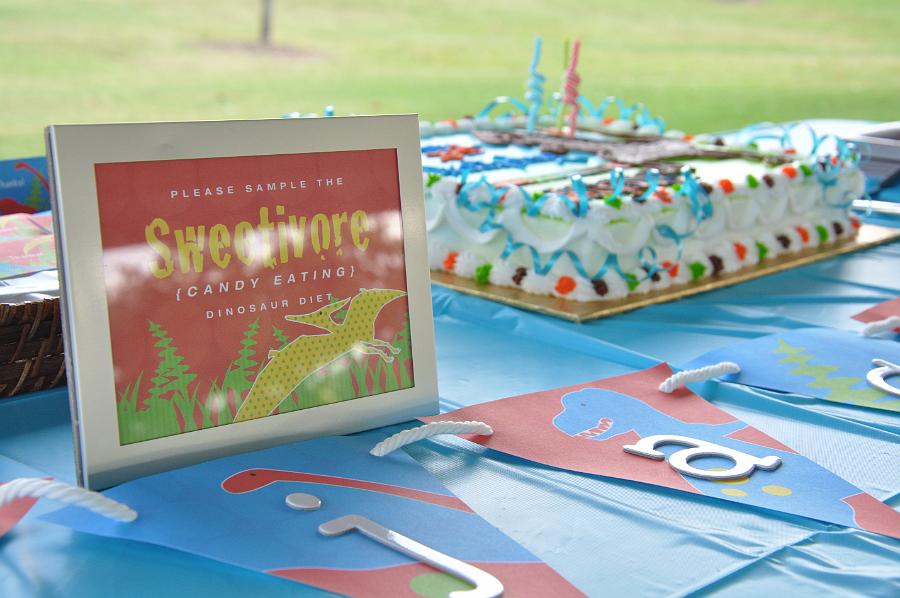 We gave the kids dinosaur stamps, tattoos, and silly bands as a thank you for celebrating with us, and they were a hit. Jackson even decided to put a stamp in the middle of his forehead! He was pretty excited about it, but didn't really care for me taking a picture of it... 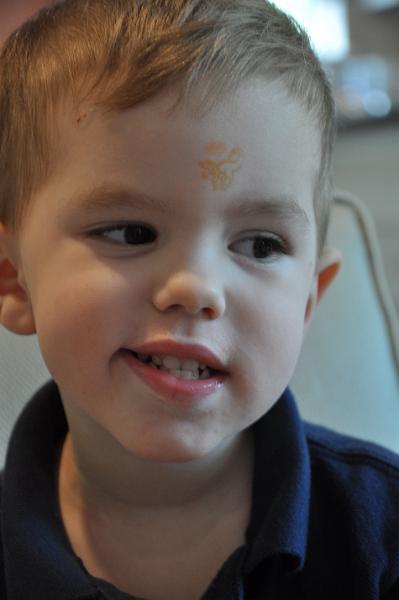 Jackson had a great birthday weekend thanks to family and friends. There are more pics of all the fun in the album.

Posted by Elizabeth Taylor at 10:45 AM