Part of me wants to complain that it's not cold outside and does NOT feel like January, but it was such a gorgeous day! We started the day by playing in the leaves in the front yard while Ross did some yard work. The leaves were a little wet and dirty, but that made it all the more fun! 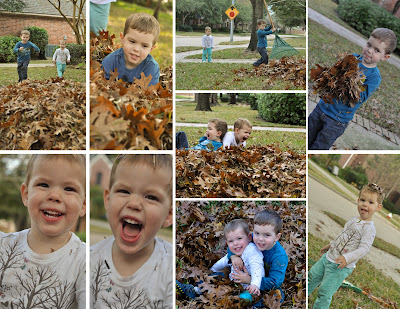 Jackson and Audrey required a bath before lunch, but when they woke up from their naps, they enjoyed some homemade orange juice popsicles they'd made the night before.

After running around in the backyard for a while, we decided to go on our first family of 4 bike ride! Jackson did an awesome job riding his bike in the street. Ross took the lead, and Jackson did a great job following with me behind him. Audrey got to ride in a seat on the back of Ross' bike. Jackson got his bike for his birthday last year, and has done a great job riding it to the mailbox on the sidewalks for a while now, so we thought it was time to give this a try. We rode to our neighborhood park where we played for a while before heading back home. It was a pretty near perfect day...it just didn't feel like January! 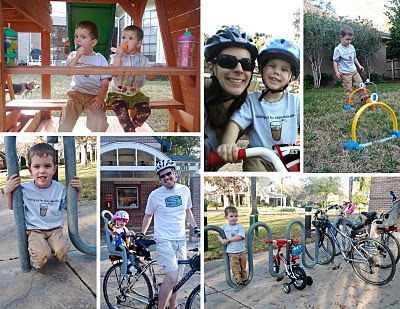 Posted by Elizabeth Taylor at 6:21 PM