Yes, Jackson is 5 years old now!!! I was traveling on Jackson's birthday, so we've been celebrating for 2 weeks! The weekend before his birthday and before I left town, we declared Saturday his family celebration. We started the morning with a breakfast of his choice. He chose chocolate chip pancakes. They were delicious, but we learned you shouldn't put candles in hot pancakes...they melt and fall over! Ross put a little whipped cream on his nose, which Jackson thought was pretty funny. I thought it was pretty funny to watch him try to lick it off! 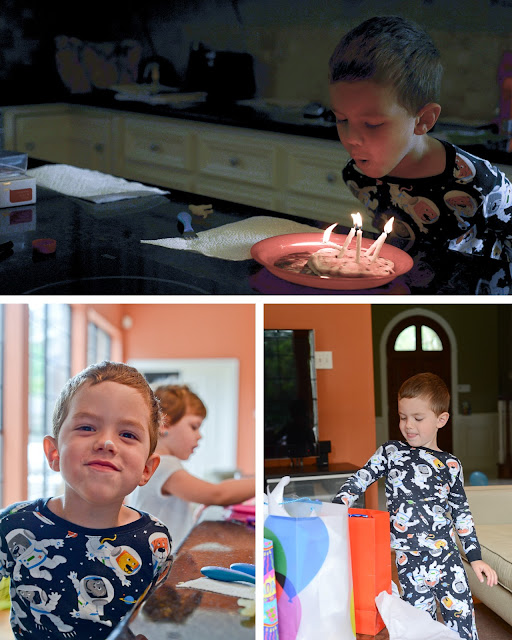 After breakfast Jackson got to open his gifts from us and Audrey. Jackson has definitely started getting into specific characters now. Those characters dominated the gifts this year, and he was a little excited about it! His favorites right now are Mario, R2D2, and angry birds. Before this day he had not really seen much of any of these in shows or movies... 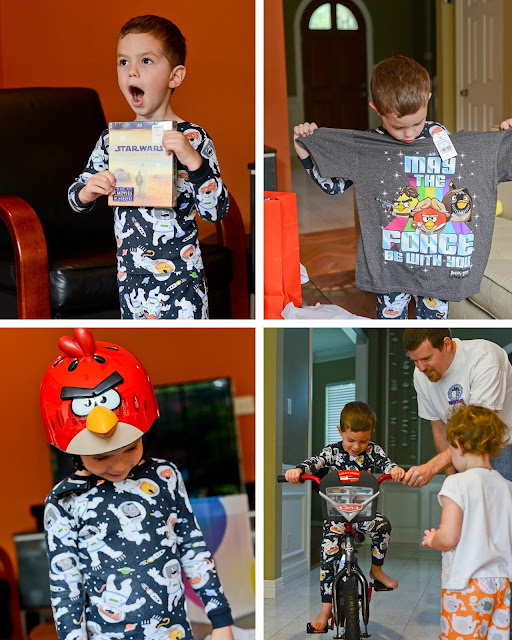 Can you see the excitement on his face about getting the Star Wars movies? He literally did a happy dance after this picture. He has now seen 4.5 of the 6 movies and plans to finish one of them tonight. They watched most of them while I was out of town, and apparently, he's been asking lots of detailed questions to make sure he fully understands what's going on. It was SO much fun to see him so excited about everything he got!

Jackson got to decide everything we did for the day, so after opening presents we made our way to the zoo where we met up with Pop for a few hours. We had fun checking out the animals, playing on the splash pad, and riding the carousel. 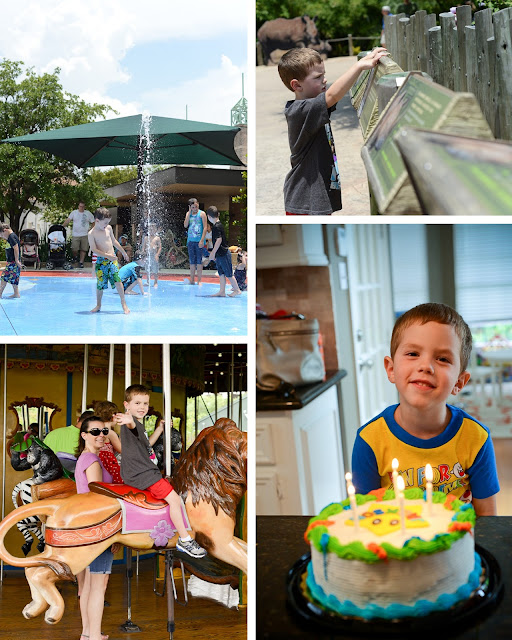 Jackson's request for dinner was corn dogs while watching episode 3 of Star Wars, which he was happy to pause for a little cake. It was a great pre-birthday celebration!

Posted by Elizabeth Taylor at 1:42 PM