Take Me Out to the Ballgame

The same day the kids ran their first race, Jackson had his first baseball game! He is on a team with several friends from his old school, and a couple of their dads are coaching, which makes the whole experience that much more fun. His team is the St. Louis Cardinals, and Audrey dressed in red to support them...not that they actually keep score. 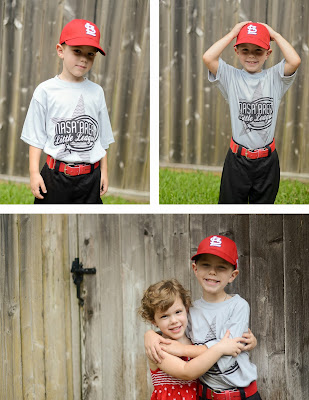 Ross isn't officially coaching, but he is on the field helping at every practice and game. We're now in our third week of the Fall season (2nd game due to a rain out), and Jackson got his first hit during a game today! There's a pretty wide range of talent on the team at this age, so I think it's awesome to watch kids spinning in the field, as well as getting good solid hits. That's what's supposed to happen at this age! 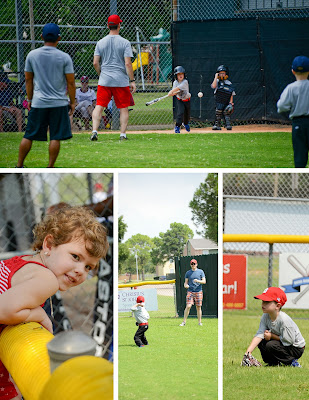 Audrey has had fun watching a little, but she mostly enjoys playing on the bleachers or at the park by the field. She also loves getting to see the other siblings. It's been a lot of fun so far!

Posted by Elizabeth Taylor at 4:45 PM