Audrey's school had field day on Friday. It was 2 hours of non-stop fun! Her class were the Rowdy Raccoons...can you guess why? 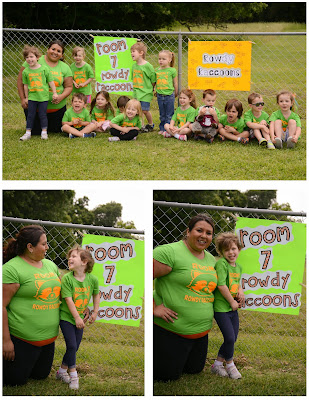 They started the events off with the pledge of allegiance. Rodney the Raccoon cheered from a nearby tree as the kids did some hurdles and egg races. 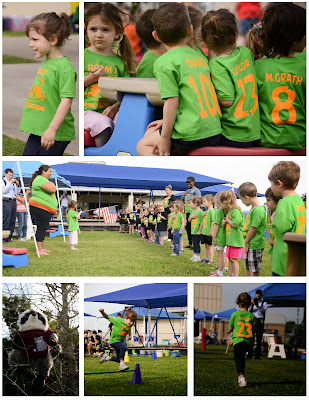 Next up was a little over/under, balloon popping, water scoop racing, and a hula hoop game, as well as a short snack break. 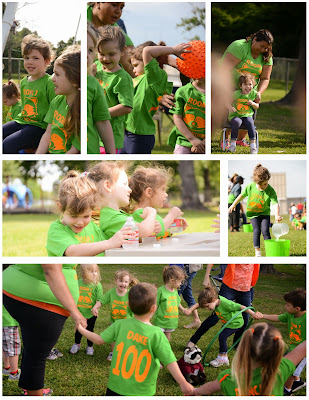 Then there was a balloon toss. Audrey and her partner were adorable. Audrey kissed her balloon and held it like a baby before tossing it back and forth. She and her friend won the second round of the balloon toss...Audrey would take a step back after each toss and her friend would take a step forward. It worked great! :-) Next was a relay race, which was followed by a short photo op with two of her favorite friends! 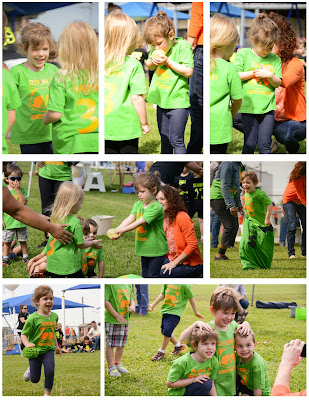 The grand finale was tug of war! All of the kids LOVED it. Everyone pitched in to clean up before heading inside for the medal ceremony. They were all winners and behaved so well that they each got a medal and got to move their clips to the top of the chart! 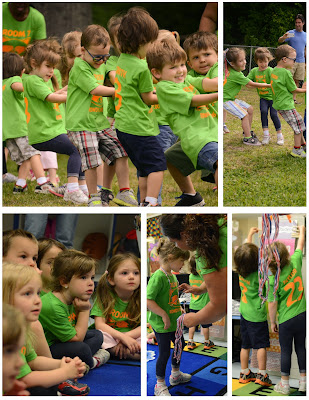 It was a fun way to spend the morning, and believe it or not, there are even more pictures in the album!

Posted by Elizabeth Taylor at 8:08 PM