I can't believe it's the end of May, and I'm just now making time to post pictures from Audrey's birthday! I've been working WAY too much lately, which has interfered with my picture taking and blogging. I'll make up for it with a long post with lots of pics! ;-)

We had a family party the day of her birthday, and she celebrated with her friends at school by bringing cupcakes. At the time of her birthday both Jackson and Audrey were big into Pokemon, and Audrey really wanted a Pokemon cake. Fortunately, one of our nearby bakeries had a light-up, Pokemon cake topper that Jackson was SO excited to get for her. It was a fun surprise for her, and she really loved it! 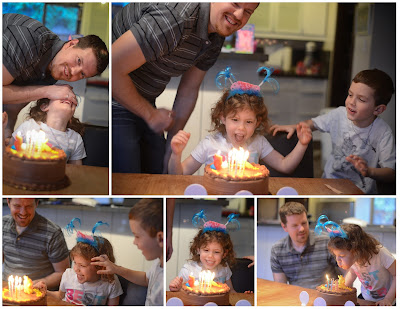 We gave Audrey a choice of having a party or going to Disneyland for her birthday, and she chose Disneyland. We were all pretty excited! We spent 3 days enjoying the magical world of Disney... 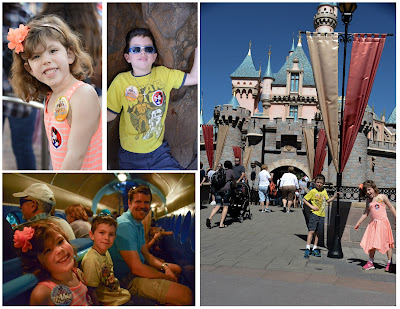 After a few warm-up rides, we made our way to the Bibbity-Bobbity Botique where Audrey became Princess Audrey. She chose her hairstyle, nail polish, makeup, and a rhinestone tattoo. 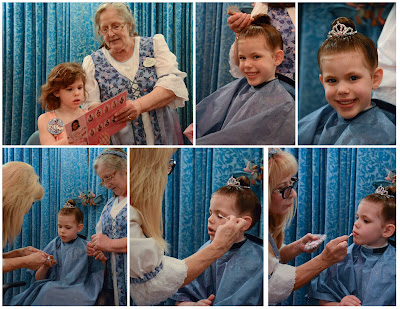 Then her Fairy Godmother-in-training sprinkled her with fairy dust and presented her to the world as Princess Audrey! 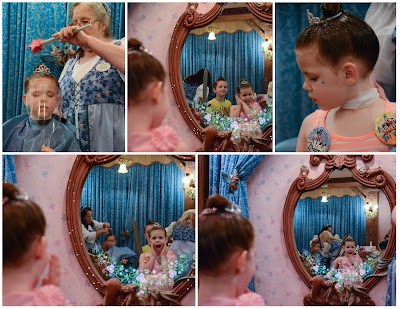 Jackson got to participate too, of course! He picked out his hair style and was presented to the world as Knight Jackson. 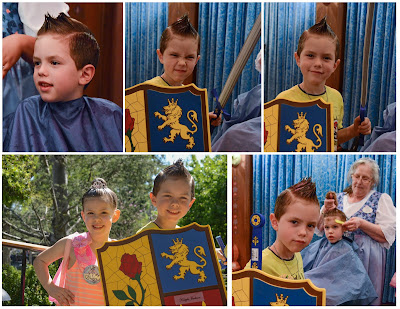 We spent the first day at Disneyland riding rides and watching parades until our legs were ready to give out! 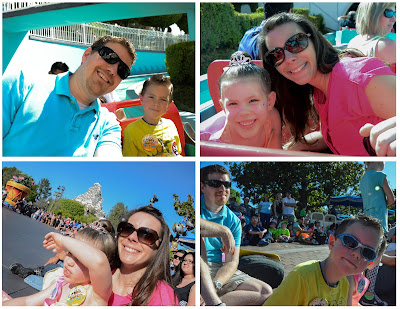 We started our second day with breakfast at Ariel's Grotto in Disney's California Adventure. Audrey was greeted by Ariel herself! She had so much fun posing for a picture with her. Then several princess stopped by our table to say hello. Snow White was by far the silliest. She had Jackson and Audrey both giggling when she stuck apple stickers on their noses (see the album for that picture!). 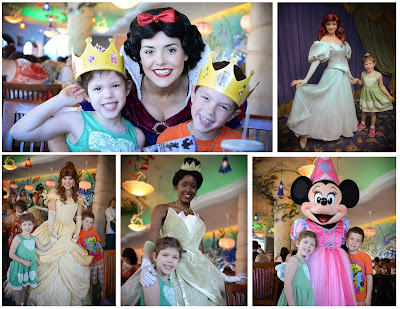 We rode as many rides as possible, stopped to enjoy the parades, and made lots of great memories. Jackson's favorite was the Star Tours ride. He was the Rebel Spy the first time we did it, and he thought that was the coolest! Audrey's favorite was Goofy's Sky School roller coaster. I was so excited they both enjoyed the roller coasters since those are my favorite! 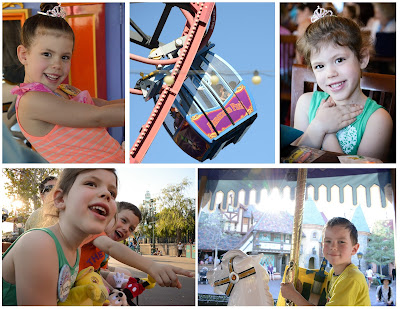 It was a perfect way to celebrate our little princess turning 5! There are a lot more pictures in the album.

Posted by Elizabeth Taylor at 5:46 PM