It's Super Bowl Sunday, and I'm home sick while the rest of the family is having fun at our friends' house. I decided to make the most of the down time and finally finish my Christmas blogging!

My dad, also known as Pop around here, arrived the day before the Rodriguez/Taylor family went home. After they left, we exchanged gifts. There were lots of smiles and laughter as we enjoyed spoiling each other a little. Audrey LOVES stuffed animals, so you can see how excited she was to get this penguin Beenie Boo. I love how sweetly she was sharing it with Jackson too. 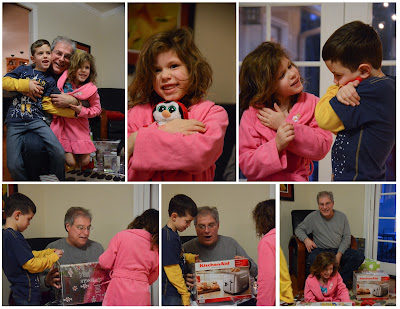 We spent the a lot of our time together just hanging out, playing games, and doing a little hiking nearby. It rained almost everyday over the break, so we were grateful to spend a little time outside! 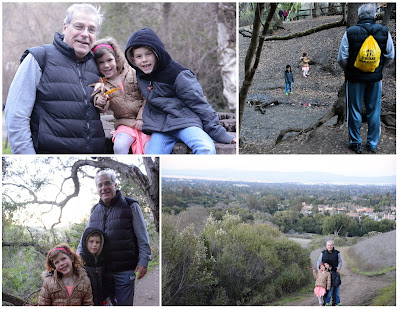 On one of the rainy days we made our way into San Francisco to visit the Exploratorium. Everyone had fun playing and learning. I didn't get a picture of it, but one of the favorites was an exhibit that showed you what you would look like if you had a perfectly symmetrical face by flipping an image of half your face. Some people didn't look much different at all, and others looked really funny! We also made tornados, learned about engines, danced to some cool colored videos, and so much more. 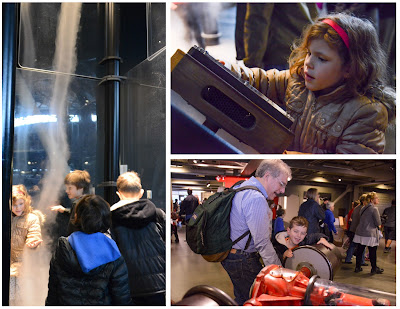 For New Year's Eve, I threw together a last minute party for the kids. We hung balloons displaying the hourly countdown. We sped up the count down by starting at 6 PM and celebrating every half hour. At each "hour" the kids would pop a balloon and open a bag of clues, which eventually led to surprises and games. It was a fun way to pass the time, have some good conversations about everyone's values and perspectives on life, and to laugh and play the night away! We were disappointed to learn we couldn't watch the ball drop at midnight Eastern time, so we found an online countdown and put the kids to bed. The adults played more games and did a traditional cheers at midnight.

My dad also spent some time sketching with the kids while he was here, giving them tips, and inspiring them to try new things. After he left, I asked Jackson what his New Year's resolutions/goals might be for the year. He said he wanted to exercise more, practice being a good doctor, and become a good sketcher. I think Pop left an impression!

Posted by Elizabeth Taylor at 6:07 PM