Yes, I know it's summer. Yes, I'm always behind on my posts these days, but I want to capture these moments so I don't forget! This spring Jackson played baseball. The opening day ceremony was really neat. All of the teams stood around the field, said the pledge, and sang the national anthem. Then their special needs team, with the help of their mentors, threw the opening pitch. It was a great way to start the season. 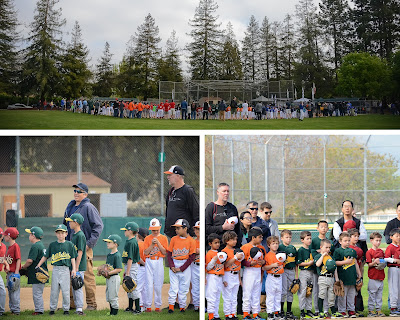 The season was a tough one for Jackson's team, the A's. We had a new team that had several first time players. I was amazed at how much they improved over the course of the season though. In addition to learning the basics of the game, they started player pitch part way through the season. 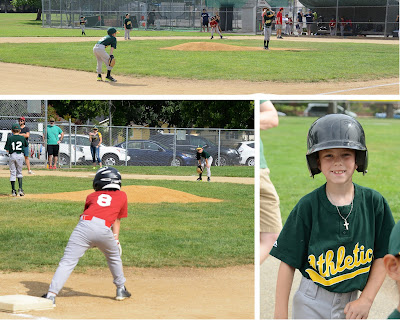 Jackson was persistent and resilient during practices and games. He steadily improved throughout the season, and most importantly, he enjoyed playing! 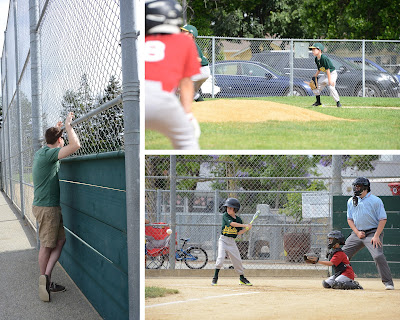 Posted by Elizabeth Taylor at 3:55 PM