October was a busy month with school in full swing, lots of after school commitments, and Halloween fun, of course. It was filled with lots of soccer practices and games. We all made new friends in the process. Audrey was all about the social aspect of the season and was always happy to sit on the sidelines to let someone else play because it meant she could talk and be silly. Jackson was an awesome defender for his team and rarely sat out. He also started playing goalie some this season. I don't have many pictures of Jackson playing because we were too busy watching the games. They were exciting to watch! 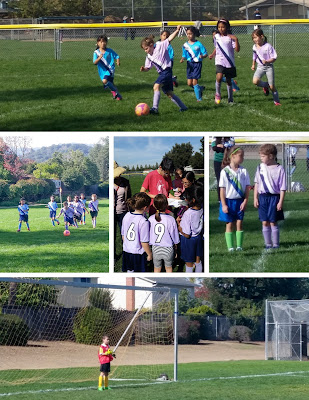 The kids and I had an extra day off in October, so I let them each invite a friend to go with us to Useugi Farm to pick out our pumpkins and have a little fun. We started our adventure in the corn mazes. There were 3 of them. It took a while, but we found our way out! After lunch we went on a hayride and tried a little pumpkin ice cream. 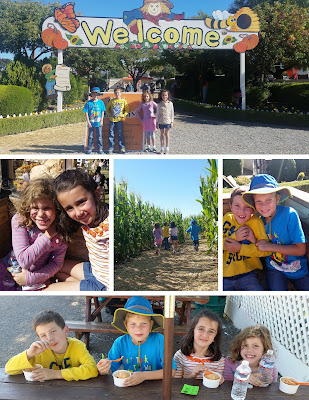 Then it was time for a few rides. They rode the carousel, 2 trains, and a pony! We wrapped up the fun with some pumpkin blasting. The girls decided to just watch and let the boys have their pumpkins. The boys were ecstatic about blasting a few more pumpkins at various targets. Finally, we picked out a few pumpkins and headed home. It was a long, fun-filled day! 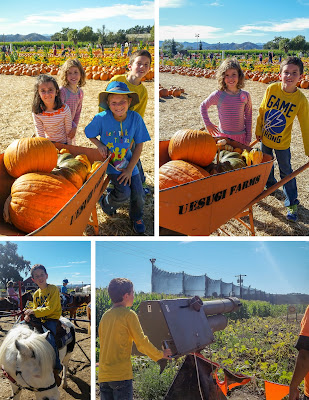 I attended a conference just before Halloween, so I missed the class parties and parade. However, I was back in time for the candy-collecting event. This year Jackson was the Green Ninja from Ninjago, and Audrey was her favorite animal, a tiger. Some friends from our church host an annual Halloween party for the kids. We all love getting together to see the kids in their costumes and their excitement when running around the block together. 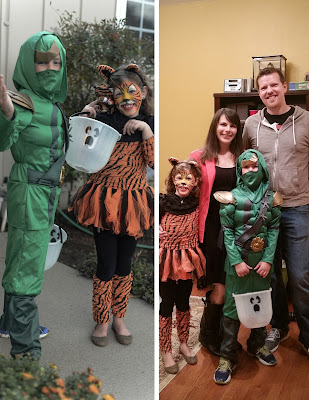 There are more pictures from Soccer and Halloween in the album.

Posted by Elizabeth Taylor at 2:42 PM