We've been busy partying on the weekends, but unfortunately, we have no pictures to show for it! It turns out with two kids, neither of us usually has our hands free to take a picture...we'll work on that!

The weekend after our trip to Florida for the shuttle launch we celebrated Jace's 1st birthday at one of our favorite parks in the area. Jackson, of course, spent almost the entire time on the swings. However, he did stop for some cake, which has become one of his favorite foods. It was at Jace's birthday party that I discovered Jackson knows the words to the "Happy Birthday" song. There have been several birthdays in his class at day care, so I'm guessing he learned it there! Jace was adorable, and did a great job destroying his "smash" cake.

The next weekend we made our way to The Woodlands for the Reece's crawfish boil. Here we got to catch up with the Reece and Bryan families...great friends from LA Tech. Mason and Jackson quickly became buds on the moonwalk while we enjoyed some yummy food. After the moonwalk, they discovered the ice chests and had fun feeling how cold the ice was. They also spent some time perched on watermelons and taking care of Audrey. We only wish they lived closer because we know Mason and Jackson could be best buds!

We spent the rest of Memorial Day Weekend at our neighborhood pool. Jackson was a little hesitant to get in the water on Sunday, but by Monday we were having to talk to him about not jumping in the pool! I think I see swim lessons in our future! Audrey loved the water too. Ross was bouncing her around in the water when she decided to laugh for the very first time!

The Tuesday after Memorial Day was my first day back to work and Audrey's first day of day care. It was an overwhelming adjustment for both of us. I had a lot to catch up on at work on top of the separation anxiety. Fortunately, overwhelming also means busy, so I didn't have much time to think about how much I missed her until I got home. She seemed to know she was in a different place with people she didn't know and didn't sleep well during the days all week. When we got home Tuesday evening she gave me the biggest, sweetest smile and then relaxed and fell asleep in my arms...very bittersweet. Each day got a little easier for both of us, and we made the most of every moment we had together as a family.

Last weekend Jackson's friend, Cooper, celebrated his birthday. Several of their friends from day care were there, and it was SO much fun to watch them play. They had a baby pool set up in the backyard, which was perfect since it was so hot. The kiddos had fun jumping and flipping in the pool...making me a little nervous since they'd stay underwater for a few seconds. We really enjoyed getting to know some of the other parents better and hope this opens the door for some new play dates!

Audrey was a perfect angel through all of the parties. She and Jackson are both growing and changing so quickly and are so much fun. Here is a some picture of Audrey from a couple of weeks ago. There are a few more in the album too. 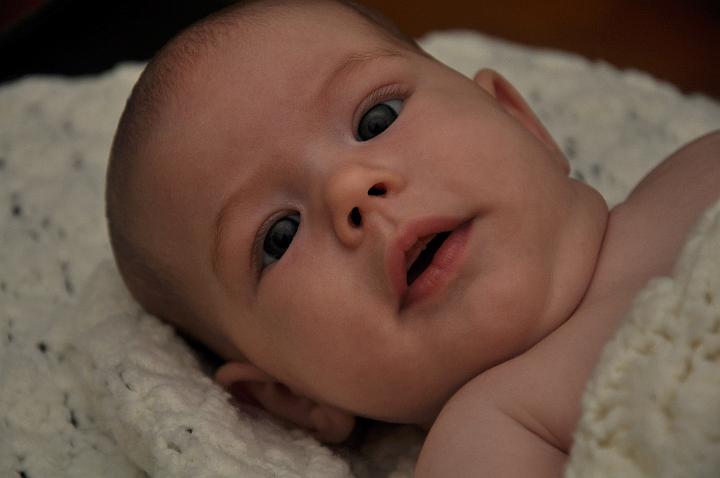 Posted by Elizabeth Taylor at 6:58 PM