We had a smaller version of our annual crawfish boil this year, and while we downsized in a lot of ways, we still had loads of fun! The kiddos were extra excited that morning, which means they were T-R-O-U-B-L-E! There was lots of screaming, running around, playing the piano, and even a little pulling of our dog, Bailey's tail! 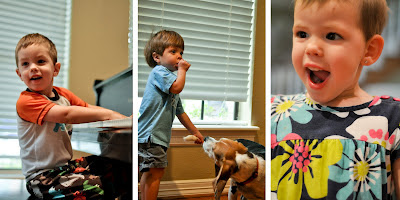 They were also really cute playing the piano together. 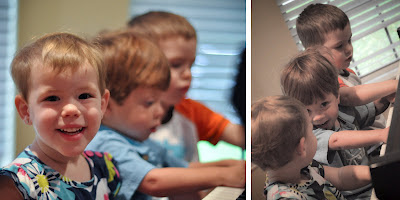 The festivities began in the afternoon, and we were quickly surrounded by family and friends! We got a moonwalk to entertain the kiddos a little more this year, which allowed the adults to spend more time eating and visiting! 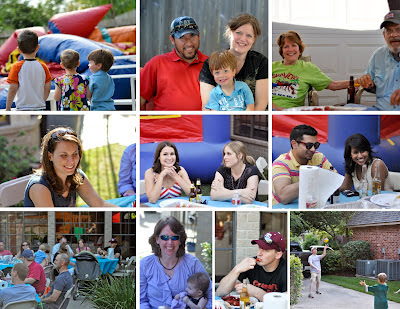 The next day we went to the park with Leslie, Philip, and Mitchell before they headed out of town. They had lots of fun running, swinging, and sliding around! 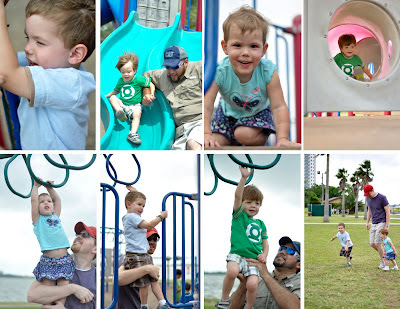 Then we spent a little time by the water before they hit the road. 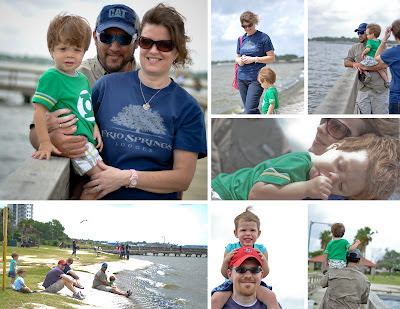 Sadly, that will be the last time Mitchell gets to run around for quite a while. When they got home that evening he managed to break his femur! Poor little guy will be in a cast for at least 6 weeks.

Audrey woke up early from her nap that afternoon, so we had a mini photo session in our backyard. She's becoming our little diva! 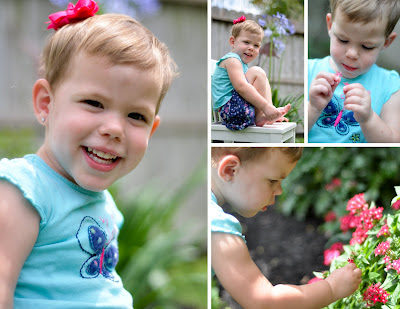 Posted by Elizabeth Taylor at 12:56 PM