Two weekends ago, we made our way to Ruston for our annual Spring trip. We have gone every year for more years than I can count now to support some form of advisory board meetings for Louisiana Tech University's College of Engineering and Science, and this year was no exception. While we were there we got to spend some time with family and friends, and I got a few pictures of the kiddos playing around in my grandparents' backyard.

The magnolia trees were in bloom, and Audrey thought they were pretty...so is she! 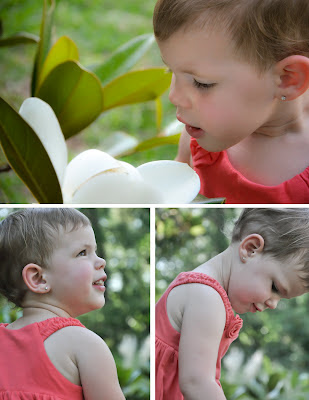 I've often told people how sweet Jackson and Audrey are to each other most of the time. They generally share well and play fun games together. Like any siblings they have their moments, but I was able to catch a few of their sweeter moments from the day. 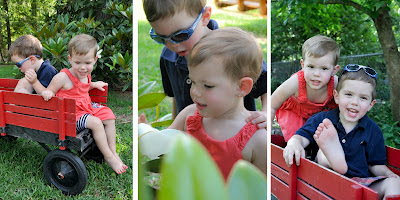 I have no idea what was in his hands, but he was excited to share it with Audrey. I can just hear Jackson's sweet voice in these pictures, "Hey, Audrey! I have something for you. It's in my hands. Look and see what it is." Then after she discovers it saying, "Yay, Audrey! See...I told you it was cool." 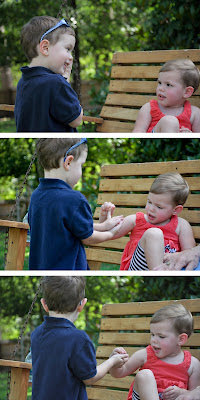 In the past, Jackson has taken the wagon apart for Audrey to climb in and out, but this time Audrey wanted to do it by herself and was so proud of her accomplishment! 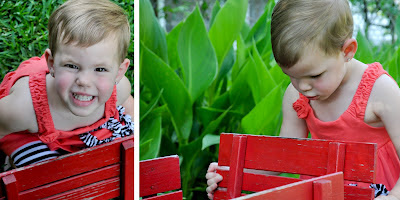 Of course, no visit is ever complete without some time in the swing, especially with GG! They both enjoyed telling her their stories, and she listened so patiently. 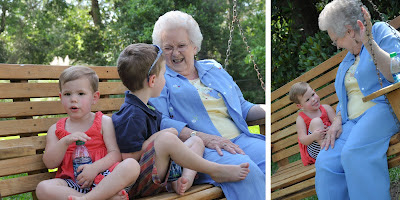 Jackson wouldn't stop talking long enough for me to take his picture, but Audrey was all grins for the camera at this point in the day. 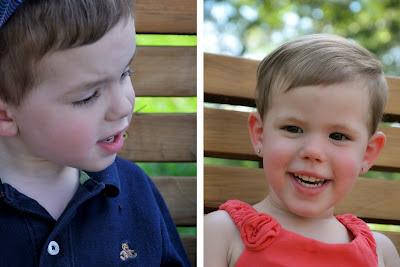 Here's some proof that my kiddos aren't always all smiles though. We see these faces and many other pitiful ones fairly often. They're still pretty cute though! 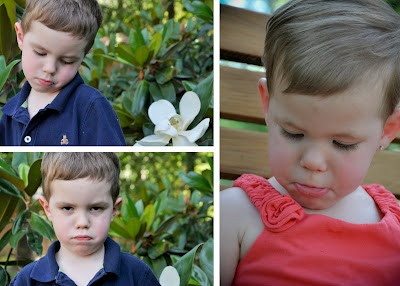 As always, there are more pictures in the album

Posted by Elizabeth Taylor at 11:54 AM