Memorial Day Weekend brought with it the Stone Family Reunion, which we always look forward to! There are three standard events every year. The first is dinner at Aunt Dottie and Uncle Jim's. This year there was a bouncy house, bubbles, soccer, baseball, and more. To top it all off we celebrated Great Uncle Alan's 80th birthday! 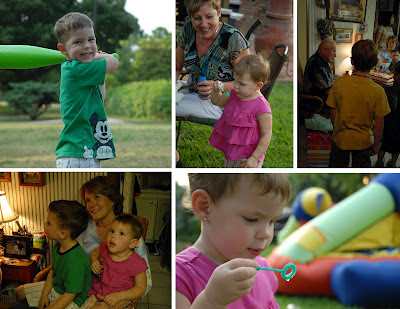 The second big event is brunch at Susan and John's, which for the last two years has also included a fun-filled puppet show with the kiddos lead by Aunt Carol. You can just see how much fun the kiddos had with it this year. 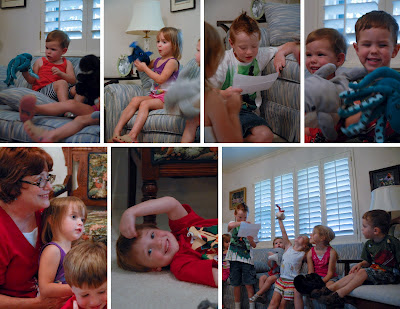 The final event each year is swimming and fajitas along with jumping on the trampoline and playing a little soccer. This was actually the first time Jackson's been on a trampoline since he broke his leg last year, and he was ready to go! They both had fun cheering Daddy on from the trampoline as he played soccer with his cousins. 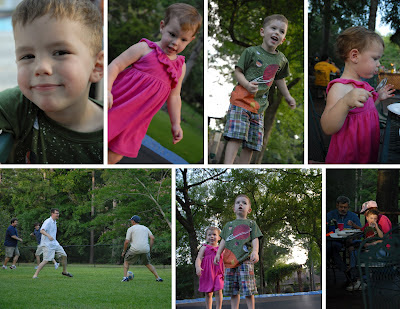 And of course, a lot of karaoke! Jackson and Audrey both loved it this year. They were a little timid at first, but eventually didn't want to stop! Here's the progression of the singing that afternoon... 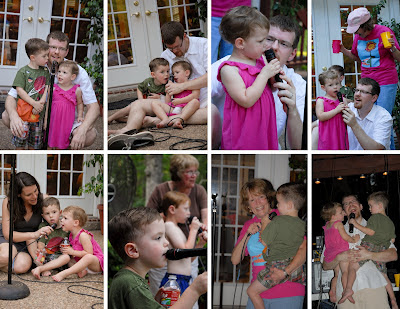 And the real reason we look forward to this event every year is the opportunity to spend some time with these incredibly fun and loving people! 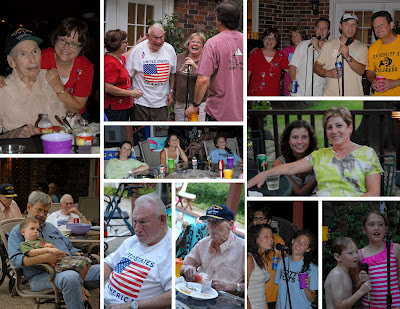 There are LOTS more pictures in the album!

Posted by Elizabeth Taylor at 8:01 PM