Once again, we spent our New Year's Eve and the weekend leading into it in Leakey, TX with Ross' side of the family. It's always fun to see our city kids playing in the Texas hill country and enjoying the great outdoors. Our nephew, Mitchell, got a little 4-wheeler for Christmas, and all the kids had fun driving it! The big kid, Ross, drove us around on the Polaris at the ranch too, which was one of the highlights of the trip...so much so that Jackson did a little pouting when it was time to go inside and warm up! 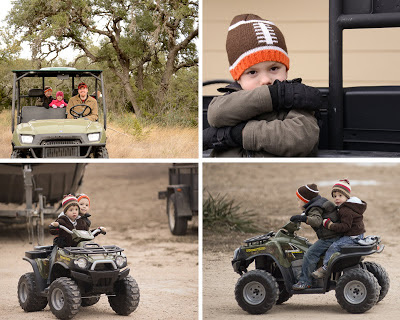 We also spent a little time at the elementary school's playground, which Jackson and Audrey loved. It's always fun to play somewhere new! 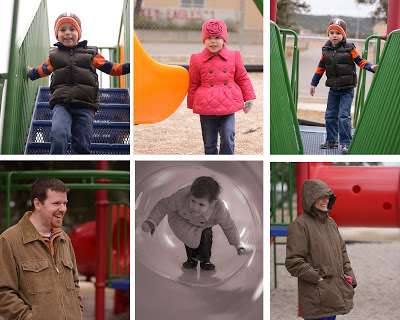 As with any new playground, there were new challenges to overcome along with some standard playground favorites to play on like the swings. Some of the challenges were met with fear or frustration and some were met with sheer determination, but almost all of the them were conquered. Jackson decided the chain ladder was his favorite. In my mind he wasn't really quite old enough to do it, but he was determined. He mustered all the strength he had, looked past his fear of stepping out, and made it to the platform several times! 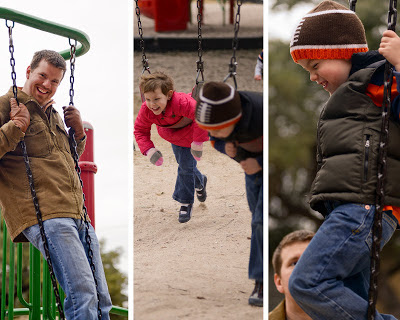 There was also a great tree for climbing! Ross led the way, and Jackson quickly followed. 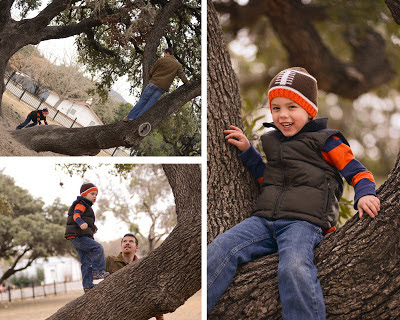 It was a little cold for Mitchell, but he eventually decided the fun was worth it! 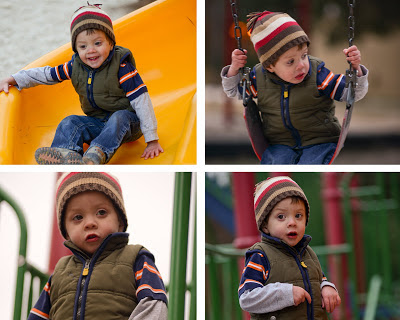 When we took our breaks from the cold, Grandmother got some good snuggle time with the grandkids while watching movies or reading books. 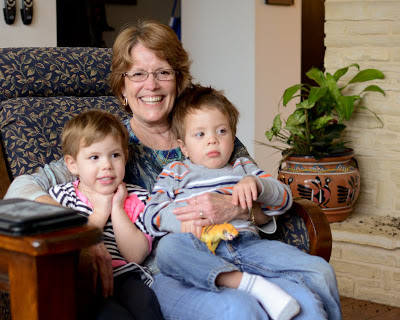 We spent a good bit of time relaxing and enjoying the slower pace. All of the kids had their ups and downs emotionally, but whether there were smiles or tears or pouting, we were all glad to be together! 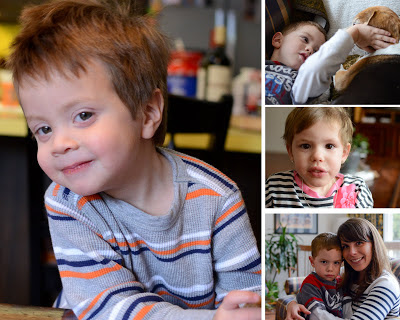 On New Year's Eve Ross and I went for a walk with the kids in Leslie and Philip's "neighborhood". The walk quickly turned into an exploratory/educational journey as Ross guided them down the road. They discovered an Emu, a puppy, and lots of dogs. They also talked about lots of other things they saw and why those things were the way they were...why water flows downhill, why there are short and tall fences, why some driveways have gates, why you can't always see the house that goes with a driveway, why dogs bark and how to tell if they're happy, what to do if a car is coming down the road, etc... 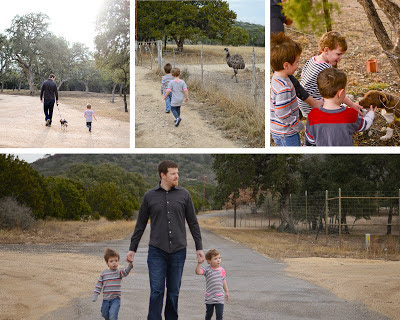 Audrey loves to stop and pick flowers anywhere she sees them, and this walk was no exception! 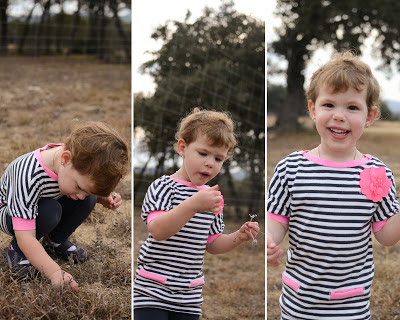 There was also some tall grass along the road that Mitchell and Audrey thought was a lot of fun! 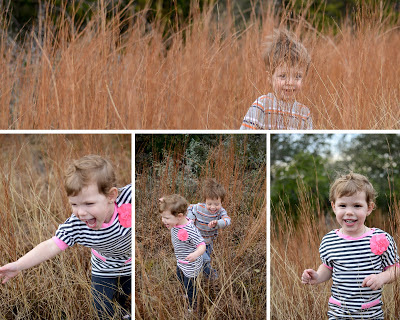 We spent that evening visiting with family and friends. The kids got to stay up a little later than normal, but we didn't even attempt to try to keep them up until midnight. After they crashed, we spent the rest of the evening playing cards and laughing. We crashed not too long after midnight, and we were grateful the kids slept in a little on New Year's day since we made our drive home that day. It was a fun, relaxing weekend and a great way to end 2012!

Posted by Elizabeth Taylor at 7:49 PM