Christmas day was relaxing and fun. Believe it or not, our kids slept in! We woke up a little after 7 to see what Santa brought everyone and to start giving each other the huge pile of gifts that were under the tree. 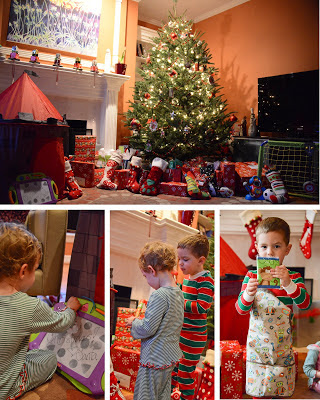 The littlest girls were spoiled with new jewelry and treats! 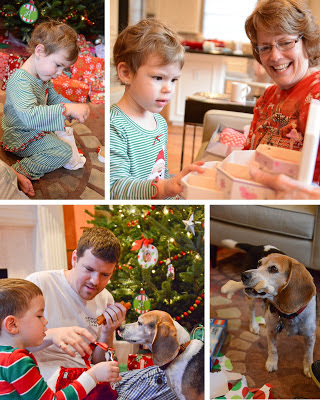 After a little while, we took a break for some breakfast and to try out their new strawz! The top picture was from a little later in the day when the strawz were joined together and colored water was added to the mix! 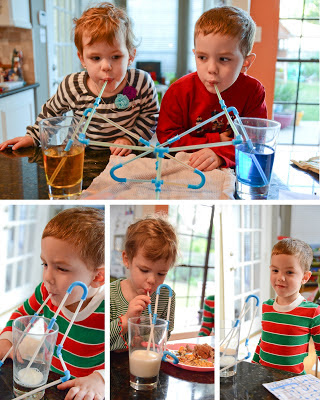 It wasn't long before they got back to business though. They loved everything they got and were so much fun to watch! Occasionally,we'd have to put something together before we could go any further! 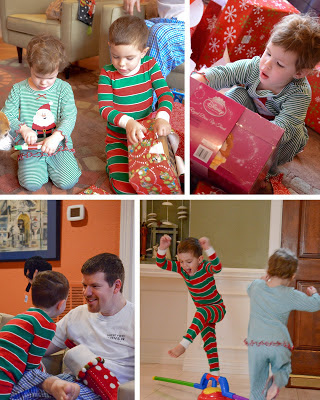 Technology has officially entered their lives since they both now have their own kid tablets and head phones. I think we'll see more of this in years to come... 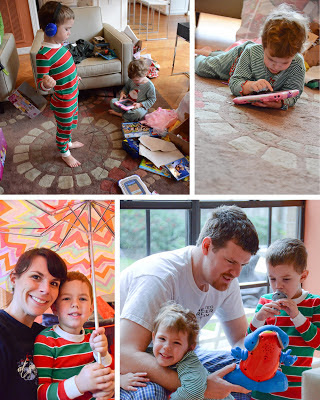 We literally played all day! We stopped from time to time to snack on the yummy breakfast foods or leftovers from the previous days of delicious food.

One of the highlights of my day was going for a walk with the kiddos. Ross and Audrey headed back early, and Jackson and I kept going. Jackson decided he needed a little break though, so we stopped on a bench and chatted for a little while. I did a little check to see if he still remembered what we were celebrating, and while I shouldn't be surprised by how incredibly smart and in-tune he is, I always am. Not only did he say we were celebrating Jesus' birthday, he also went into the details of why Jesus was born and the ultimate sacrifice he made for each of us so we could be forgiven and live with God forever...so amazing!

As usual, there are more pictures from the day in the album! I hope everyone had a very Merry Christmas!

Posted by Elizabeth Taylor at 11:35 AM