Today was Jackson's last day of kindergarten! He had graduation on Tuesday, a water party on Wednesday, and a half day to wrap up the school year today. The graduation ceremony was so cute. Rather than having everyone in caps and gowns, the graduation had a Hawaiian theme. The ceremony started with a message from the principal followed by some songs from the kids. 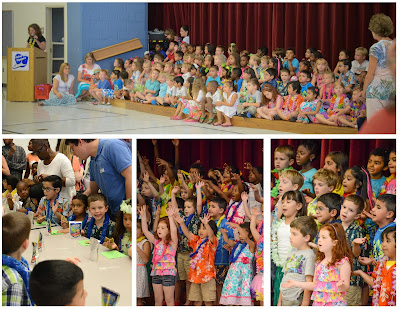 Then they lined up each class, and as they said their names, they asked each kid what they want to be when they grow up. Jackson very confidently said he wants to be a policeman. In a report the week before he said he wants to be a policeman so he can get all the bad guys! Then they gave him a lei, and he returned to his seat on the stage before ending the ceremony with the school's song. 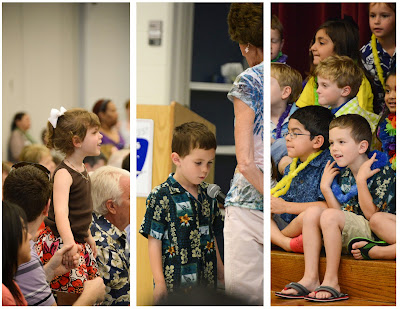 We are all so proud of Jackson and everything he has accomplished this year. He is an incredibly sweet and sensitive little boy. He has matured and learned so much over this school year. He went from knowing his ABCs and numbers to reading short chapter books, doing math, writing stories, and loving science. It's really hard to believe how much he has grown inside and out! We are beyond grateful for his teachers and the incredible staff at his school, as well as his after school program. It truly takes a village to raise a child, and we couldn't do it without each of these people! Jackson is a better person because of each of them! We love him so much! 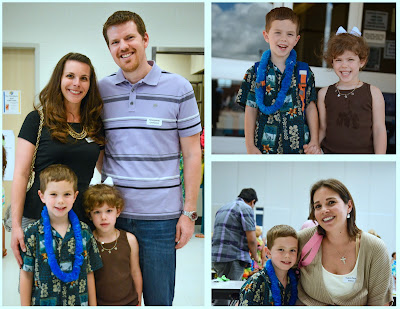 Posted by Elizabeth Taylor at 9:13 PM