I know I'm long overdue for an update. I'll fill in more details in some future posts, but since the last update, we've celebrated Jackson's 7th birthday, both kids have lost a few teeth, we've moved to a new house, I've changed jobs at NASA again, and Ross and I celebrated our 13th wedding anniversary. All good things, but we're ready for things to settle down for a while!

School is officially in session, which has been another big change for both kids. With the move, they are now both at a new school. We'll be wrapping up the first week tomorrow, and I'm happy to report the kids have had a great week!

Audrey started Kindergarten twice this week...long story short, she was #1 on the wait list to get into our districted school, which meant she started at one school on Monday and moved to her planned school on Tuesday. She's so happy to be at the same school as her big brother now! When we asked her what she wants to be when she grows up the night before school started, she said a "gymnast, swimmer, and doctor!" 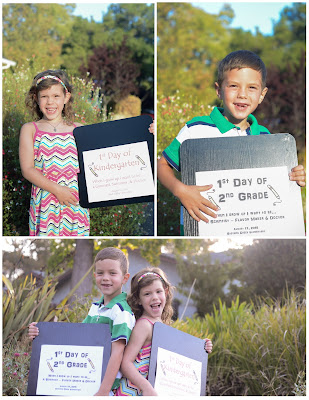 Jackson started 2nd grade this week! The transition to another new school has gone well so far. He likes his teacher and is beginning to make new friends. When we asked Jackson what he wants to be when he grows up, he said a "flavor maker because I love science and a doctor because I'm really good at taking care of people." 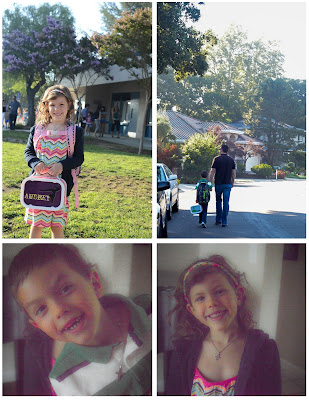 When I've come to pick them up each afternoon, I've found them playing together every day. I love what great friends they are and hope it is something that will last throughout their lives! They are both silly and sweet, and it's so much fun to see them together. 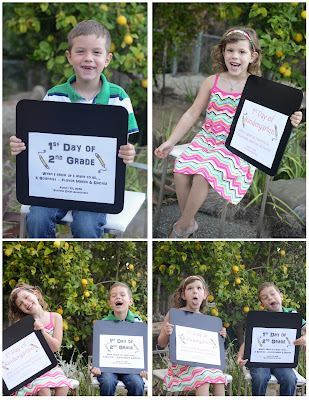 I had fun taking pics of the kids that morning, so there are a few more in the album!

Posted by Elizabeth Taylor at 11:08 PM