Back in June, our amazingly sweet and sensitive, often silly, science and reading-loving, always-wants-to-know-the-right-answer, God-loving son turned 7! It has been a year filled with opportunity for growth and learning. With God's love, grace, and mercy Jackson managed a move halfway across the country leaving behind many life-long friendships, three different 1st grade teachers at a new school, a new soccer team, a new martial arts school, a new baseball team where he was named most-improved player of the season, and a new church and life group where he requested to lead the other kids. We all learned a lot throughout the year as we navigated each step of the journey. Some days were really hard, some days were lots of fun, and more often than not, I found myself a little surprised at how much Jackson has learned and grown physically, mentally, emotionally, and spiritually this year. He's such a great kid!

We had a small family celebration on Jackson's birthday. Star Wars was the birthday theme this year, but NO ONE had a cake topper! Instead, we found some great Star Wars figures to balance on top of the cake, so they doubled as one of his gifts. He loved them! 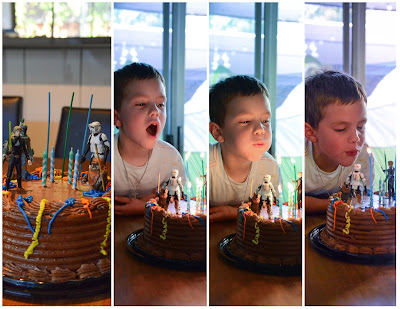 The following weekend was the big party. Friends from school, soccer, martial arts, baseball, and church were all there! I loved seeing how many great friendships he's formed over the course of the year. We had the party at Sunnyvale Martial Arts Academy where he now takes Tae Kwon Do. Since it was a Star Wars theme, light sabers were a must! 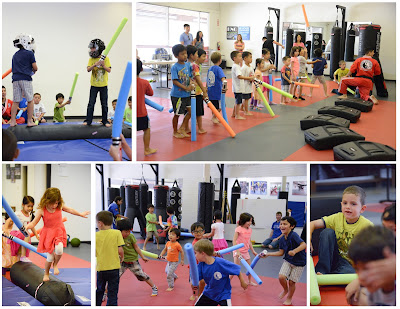 The instructors did an incredible job with all of the kids. They did an obstacle course, Jedi training, and an awesome demonstration for the kids. It was a blast! 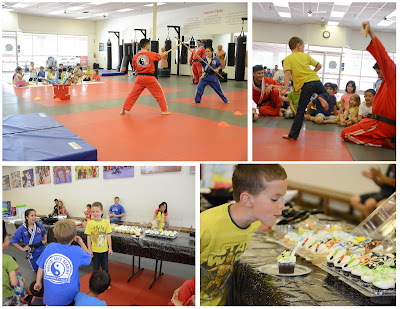 After snacks, singing "Happy Birthday," and having cupcakes, Jackson ended the party by breaking a board. It was a really fun way to celebrate Jackson and everything he brings to our lives!

I took quite a few pictures, so if you're looking for more, they are in the album!

Posted by Elizabeth Taylor at 11:06 PM