Jackson is 2 months old today. It has been an amazing 2 months. I've almost forgotten how little sleep we got during the first few weeks and what it was like to listen to continuous crying for hours at a time. I now look forward to Jackson's cries to let us know he's awake. It's one of our favorite times. We unwrap Jackson from his swaddle and watch him stretch and slowly open his eyes like this. 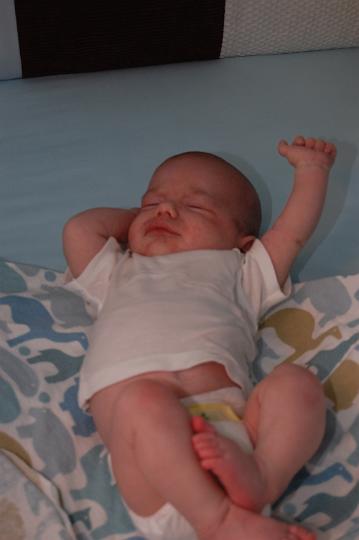 Then we usually get to see a great big smile if he's not hungry. 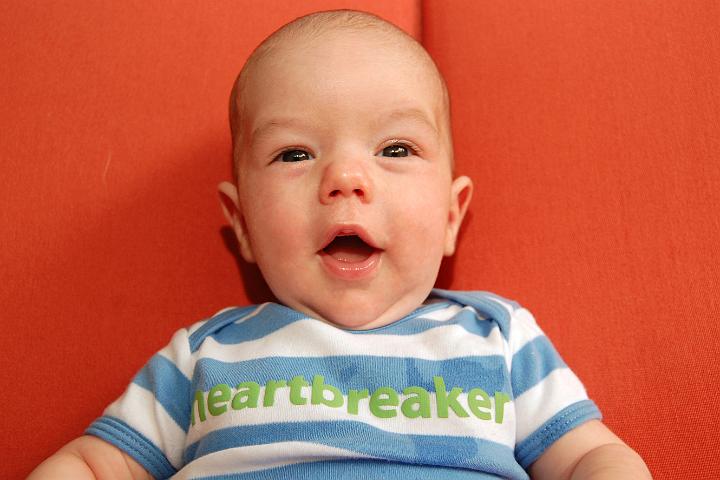 The most exciting part of our day is when Jackson decides to talk to us. He makes the most adorable noises. He even immitates the noises we make and the things we say sometimes. It's so much fun! Here's what he looks like while talking. 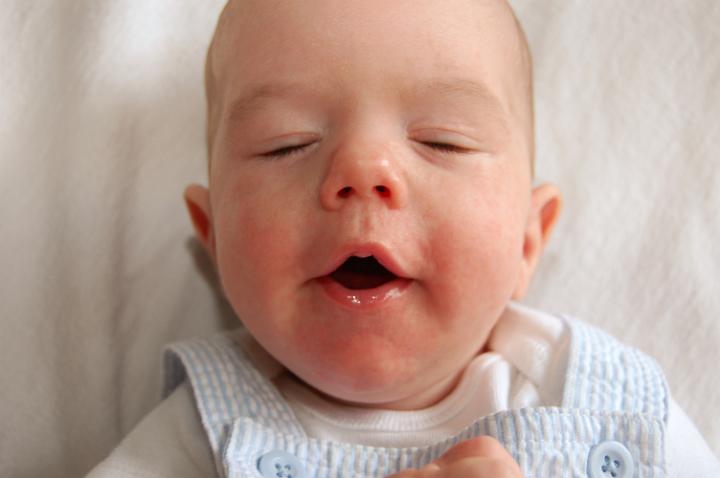 One of Jackson's most recent discoveries is his fist. He seems to be able to stick the whole thing in his mouth! 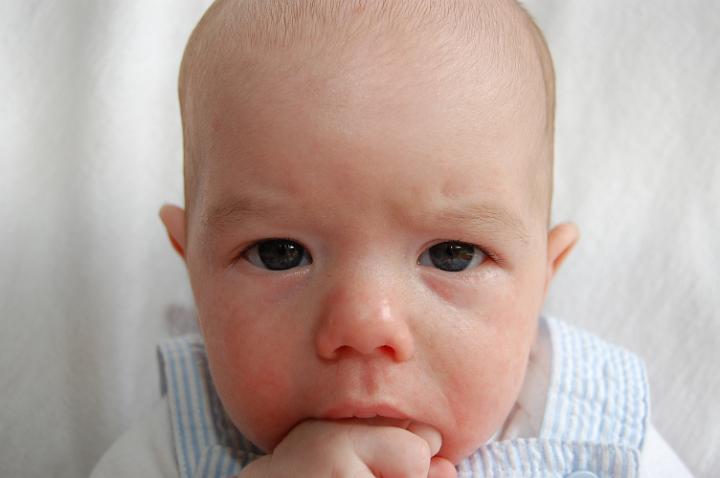 He's having fun discovering the world! 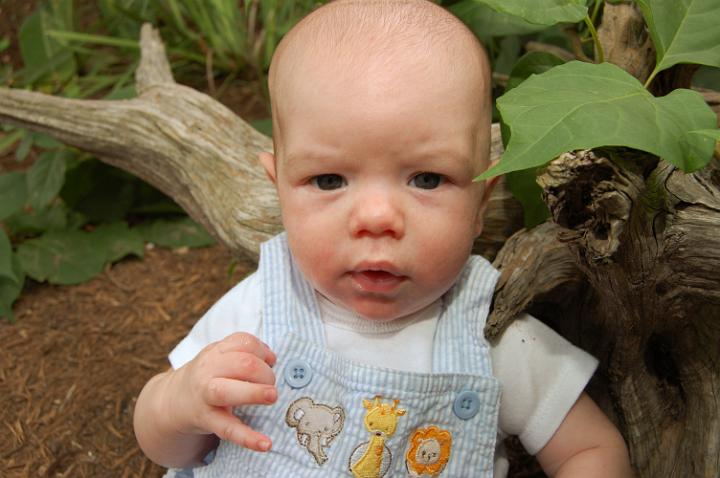 Posted by Elizabeth Taylor at 11:20 AM

Those pictures are absolutely ADORABLE! What a cutie!!