Jackson is 5 months old today! I can hardly believe 5 months have gone by since he entered the world. A friend from work asked me today if I ever thought I could love someone so much, and words really cannot describe the amount of love I have for him. I absolutely LOVE being a mom. I'm not saying it's an easy job, but it's definitely the best one in the world!

Ross' mom has been here with me this week to help take care of Jackson while Ross is "working" in Hawaii. It's been wonderful having her here, and Jackson has especially loved it, which you can tell by this huge grin. 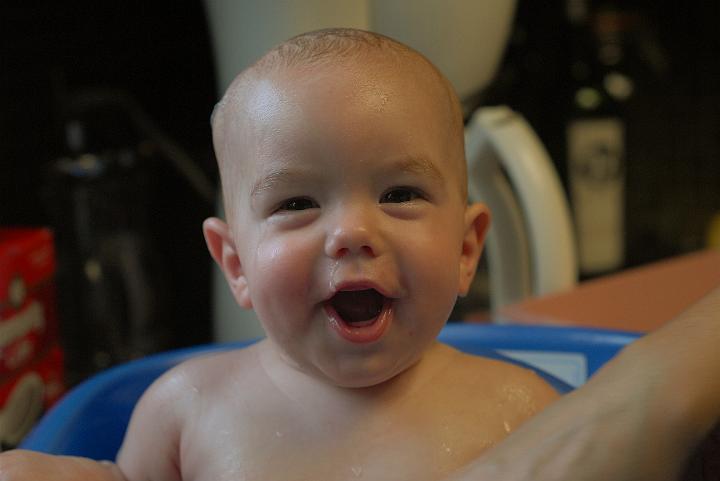 In the last couple of weeks Jackson has changed so much. He has developed a lot more arm strength, so he's rolling over more, grabbing and playing with anything he can get his hands on, and has even started trying to sit on his own! He's one of the happiest babies I've ever known. So far he really only fusses when he's hungry, but he loves to talk and coo and laugh, which is the best noise in the entire world!

There are more pics from this week in the album.

Posted by Elizabeth Taylor at 6:01 PM