Anyone who has ever had a dog knows how quickly they become a member of the family. Today, Bailey took priority when she limped into the kitchen from outside with her dew claw barely hanging on...it must have gotten caught in her collar. I immediately called the vet to find the closest emergency animal clinic number since I knew the vet would be closed. Then I called our wonderful friends, Heather and Todd, who came to my rescue more than I expected. I was calling to have them come over and watch Jackson while I took Bailey to the clinic because he was sleeping. Once they arrived, I loaded Bailey into my vehicle hopped in to start the car, and you guessed it...nothing happened! Todd graciously drove me and Bailey to the clinic so I wouldn't have to try to transport her with her bleeding foot in Ross' car.

We ended up spending close to 4 hours at the clinic because two poor dogs had been hit by cars, and one of them had a broken neck! They ended up sedating Bailey while they removed the claw, and when they brought her back, her entire foot was wrapped with an adorable little heart on it to remind her of how much she is loved! After the insane bill, hours spent waiting in a freezing cold little room, and lots of love and attention, Bailey is doing her best to hop around and rest as best she can. 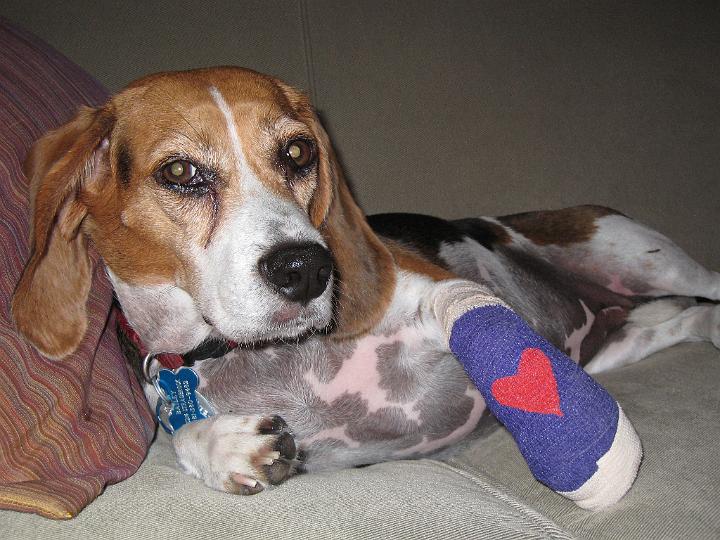 Posted by Elizabeth Taylor at 6:48 PM

Email ThisBlogThis!Share to TwitterShare to FacebookShare to Pinterest
Labels: Bailey