Catching Up (Big Announcement Too)!

There's been another delay in posting, but at least I can say our lives have been busy! I'll just hit the highlights for you. Backing up to the last post about the weekend we had an offer accepted on a new house...that very same day we found out that I am pregnant again! My first doctor's appointment was last week, and everything looks good. The expected due date is March 4th!

Since then we have also sold our house. It was only on the market for a whopping 9 days and had well over 20 showings in that short time.

Jackson also had his 1 year doctor's appointment where he got his first serious bump on the head...at least we were at the doctor's office right? He was toddling around the room and landed forehead first on a low shelf beneath a bench. A bruise and welt showed up almost immediately. Fortunately, he recovered quickly, and otherwise, he's doing great. He is now in the 50-75th percentile in height and the 35th percentile for weight. Both are higher than the curve he's been on, so he's definitely growing well.

I also turned 30 since the last post. The shuttle finally launched that day, which was a good present, and Ross and Jackson gave me some beautiful red tulips. I had fun taking pictures of them as you can see. 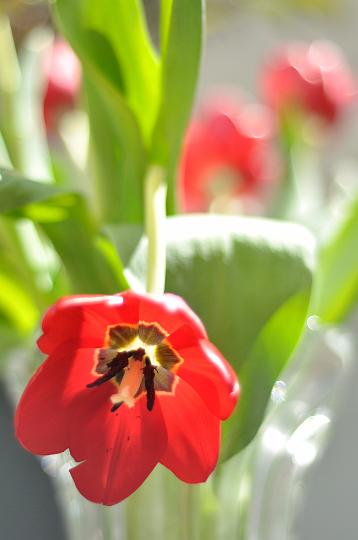 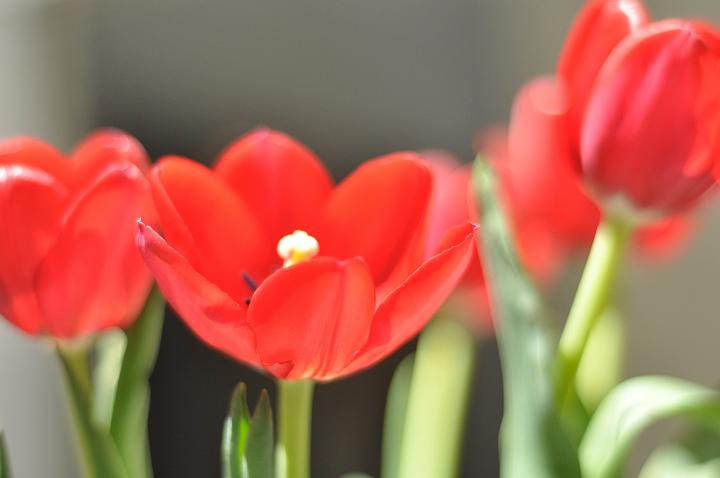 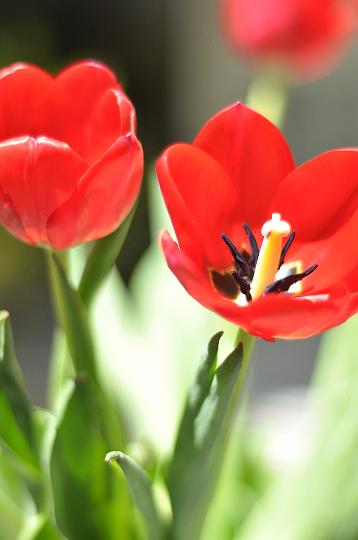 Posted by Elizabeth Taylor at 4:18 PM

congrats on selling the house, and, of course, on baby #2!!! we are super excited for you guys!