In mid-October, Jackson's class went on a field trip to Old MacDonald Farm in Humble, TX. Audrey and I joined them for the fun! There were lots of animals to pet, a train to ride, a dirt pile to play in, a huge fort to run around on, and a pumpkin patch! 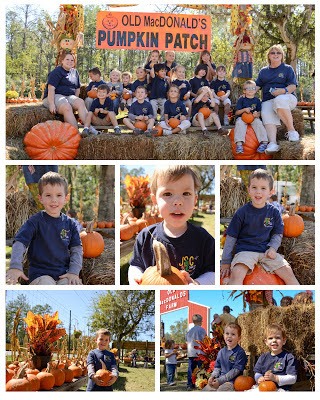 I was impressed with how well the animals handled the craziness! There were a lot of kiddos running in and out of each pin and even jumping and screaming at times. Jackson was determined to make sure each animal had plenty of hay and that each of his friends did exactly what they were supposed to...hmmm, I wonder if my controlling nature is rubbing off on him?

We saw one goat that escaped from it's home. It was having lots of fun visiting the other animals and occasionally chasing a kid...we steered clear of it!

I'm not sure Jackson will ever grab a bull by the horns, but he wasn't afraid to grab the horns of a goat! 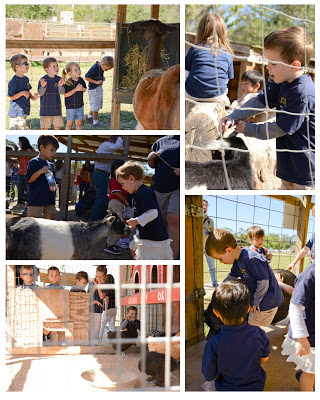 Audrey really enjoyed hanging out with the big kids, and they loved having her there. They were extremely helpful to both her and me! They made sure to show her what to do with each of the animals, held her hand when she got scared, and had lots of fun running and playing with her! 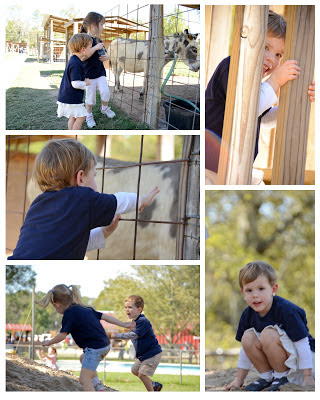 They also got to ride a horse! Audrey was a little too nervous, but Jackson was all about it! He did great being guided around the ring. 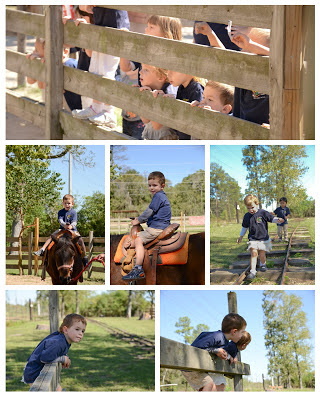 Jackson and Audrey rode the train twice because they loved it so much. It took them around all of the animals, but I think they enjoyed waving at the people the most. After our last train ride we found a spot by the horses and free range deer to play a little and waive at the next set of passengers. 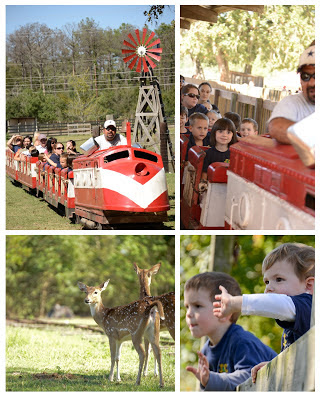 The farm was a great Fall experience, and they each got to take home a small pumpkin! There are more pics in the album!

From there we met up with our friends, The Fulliloves, and headed north to Dallas to spend the weekend at Great Wolf Lodge. Unfortunately, I didn't take ANY pictures while we were there, but we had a ton of fun!

Posted by Elizabeth Taylor at 7:20 PM