The weekend before Halloween, we finally made it to the pumpkin patch near our house to select our pumpkins and, of course, to take some pictures! The kiddos both love wagons, so selecting a wagon was the first order of business. From there, Jackson was determined to find the perfect (and apparently the largest) bumpy pumpkin he could find, which didn't leave much room in the wagon for either of the kids!

As a side note, we've realized recently that Jackson has had a good growth spurt at some point. These pictures really make me realize just how much he's grown up this year! Audrey is also starting to get some hair and is simply beautiful inside and out! 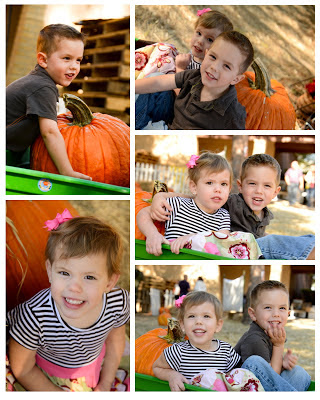 Clara met us at the pumpkin patch and spent the night with us that evening, which meant she had to have her picture taken too. Isn't she adorable! 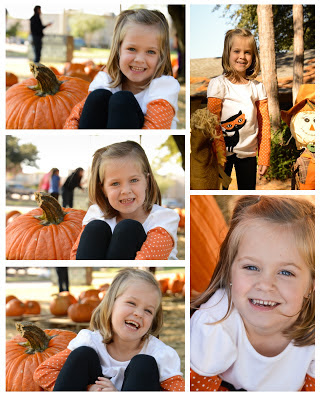 Here's a better perspective on the pumpkin Jackson chose, and a shot of the kids as an airplane flew by overhead...the Wings Over Houston air show was going on at the same time. 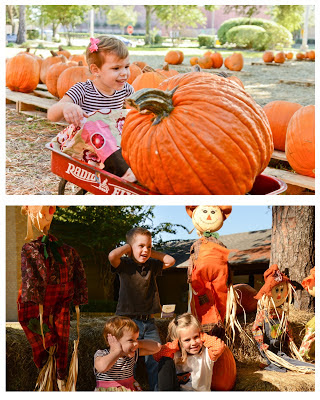 For fun that evening the kids decorated brownies. They all chose to make an owl with Oreos and candy corn. Here they each are with their creations! 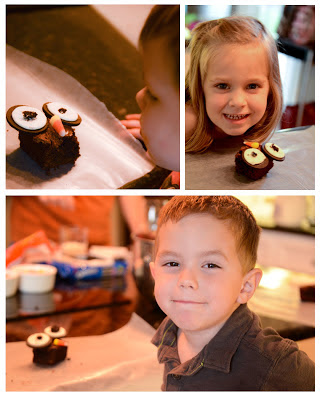 The next day we attempted to carve the bumpy pumpkin. I say attempted because we broke THREE saws trying to do a very simple design. In the end, Ross brought me the saws-all, and I managed to create exactly what Jackson wanted. It wasn't all that pretty, but it was a little scary looking, which was what he was hoping for! I somehow lost my pictures of the final product, but I did get a few of the kids scooping the insides out. 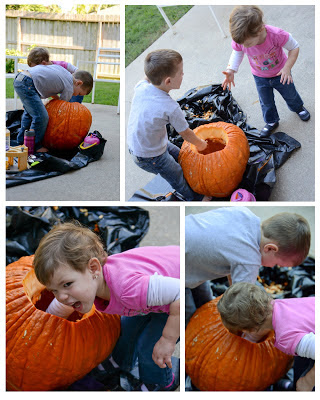 There are a few more pictures in the album!

Posted by Elizabeth Taylor at 8:02 PM