Audrey and Jackson's daycare had a field day a few weeks ago. They had a ton of fun! There were sack races, horseshoes, egg races, and more! Audrey's class was the "Outstanding Owls"! 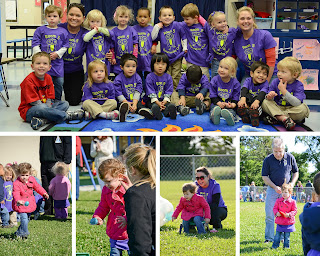 Jackson's class was the "Angry Birds"! 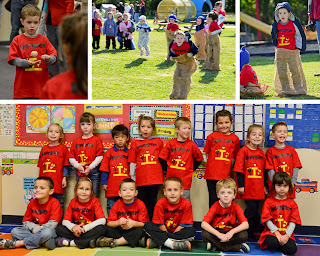 Jackson and his friend, Caroline, won the three-legged race, and they were so proud! 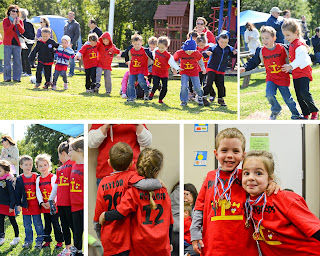 Jackson's class got to participate in a medal ceremony at the end of all the events, which was a good mix of rewarding participation and those who won. He loved it and had lots of fun being silly after it was over. Both their Nana and Pop were there to cheer them on, which made it all the more special! 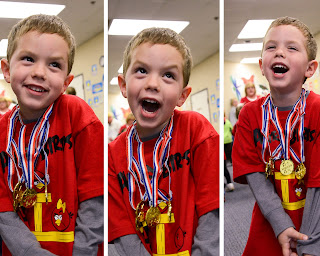 There are more pics in the album!

Posted by Elizabeth Taylor at 8:14 PM