Jackson was sent home sick from day care on Thursday, which of course means I am sick again too. Jackson is on an antibiotic and seems to be recovering quickly though!

We have had lots of fun the last couple of mornings. Jackson loves hats. Yesterday's hat was the fireman's hat my friend, Lauren, gave him. 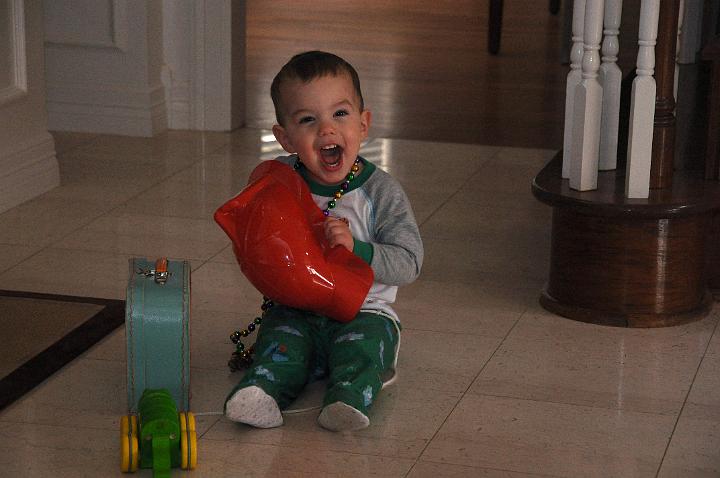 Of course, no outfit is complete without mardi gras beads, and "Chomp, Chomp" (Gator's new name) and Mama's lunch box are a must when running in circles around the house. 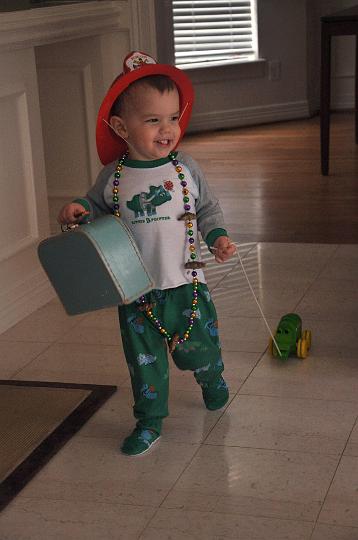 Today's hat was the painters hat the nice man at Sherwin Williams gave him. The mardi gras beads were a must, and today's extra accessories were his pirate finger puppets! 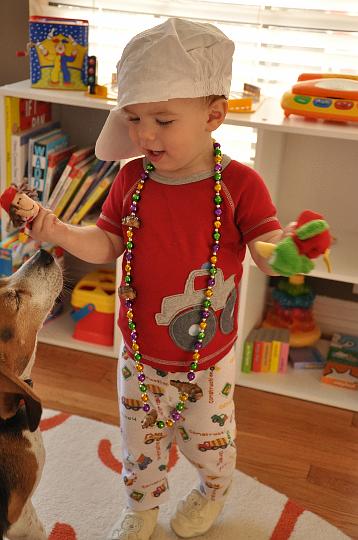 There are a few more in the album too...including one where JD "dressed up" Ross!

Posted by Elizabeth Taylor at 7:05 AM