Friday marked the end of the year for Jackson and Audrey with their classes. They both move to a new room at daycare on Monday. Jackson will have new teachers, and both will have new friends. Every week had a theme this summer, and this week's theme was the 50's. It was only appropriate to finish out the week and the year with a sock hop.

Jackson's outfit consisted of jeans and a shirt that were both just a little on the small side, and we gelled his hair for a "slick" look. Ross and I arrived just after the party began to find Jackson showing off his dance moves while his friends were busy eating rootbeer floats. 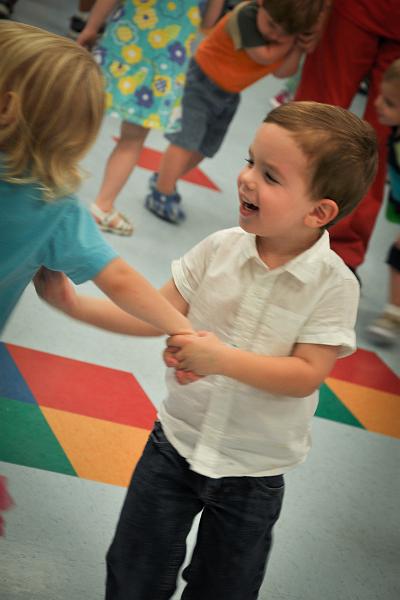 Audrey borrowed an adorable poodle skirt from our friend, Clara. When we arrived, she was taking it all in and hanging on to the hand of one of her teachers. 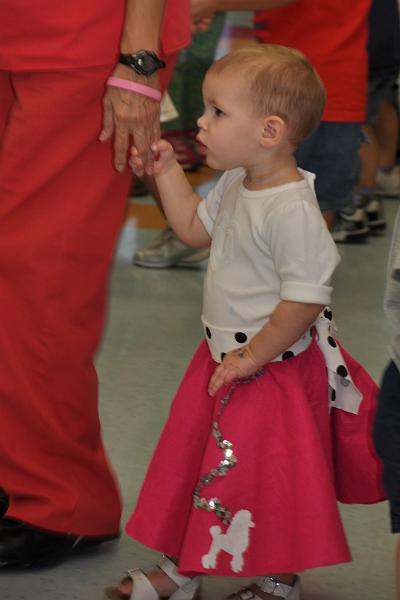 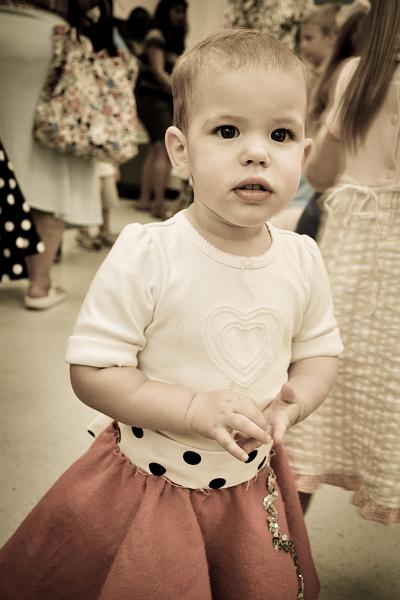 It wasn't long before everyone in Jackson's class was dancing. Jackson danced with a couple of the girls, which caused me to have a flash-forward that I'm not quite ready for! 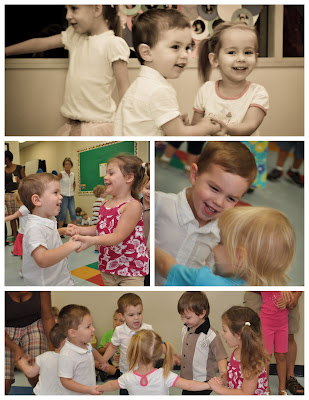 The party was a lot of fun! There are more pictures of the action in the album.

Posted by Elizabeth Taylor at 7:47 PM