Thanks to the Fulliloves, Jackson finally caught his first fish!!! Last year Jackson wanted two things for Christmas, a fishing pole and an umbrella. We've attempted to take him fishing several times since, but we've yet to successfully catch a fish until now!

We went to a pier owned by the Fullilove's family in Galveston, and within a cast or two, Jackson had caught his first fish! There were high fives and dancing to go along with the excitement. 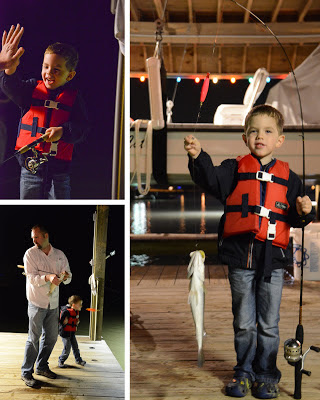 Everyone caught multiple fish that evening. Some were too small and a few flipped off the table or out of the ice chest, which kept us all laughing hysterically. We had so much fun we didn't get home until almost 10 PM, which is really late for our kiddos, but it was worth every whiny moment the next day! 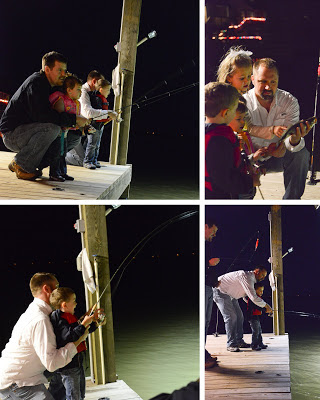 There are a few more pictures of the fun in the album!

Posted by Elizabeth Taylor at 12:27 PM