President's Weekend with the Tims!

The Tims family arrived for a visit the day I returned from my first MLLP training trip. We spent most of Saturday morning visiting before we headed to the neighborhood snow day! It was so much fun that it deserved it's own separate post with pics, which you can find here!

The guys were amazing and let Barbara and I shop the new outlet malls without the kids for the afternoon. We had lots of fun finding deals and catching up on life!

Sunday afternoon we made our way to the zoo. It was an incredibly gorgeous day, so everyone else in Houston had the same idea. We had a tough time finding a parking spot, so we dropped everyone off while I circled the surrounding area for over 45 minutes trying to catch a spot. I was ready to give up just when a spot became available, so the fun quickly continued from there. Since it was such an ordeal to get there, I was determined to see and enjoy every moment! 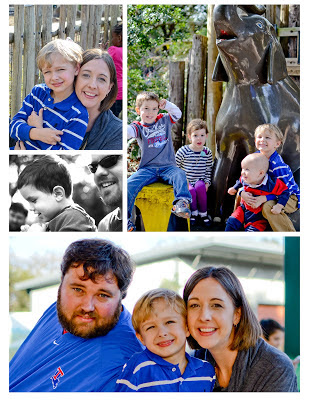 We saw as many animals as we possibly could, enjoyed some popcorn and monkey tails, hugged and brushed some goats, played on the playground, and eventually wore ourselves out! 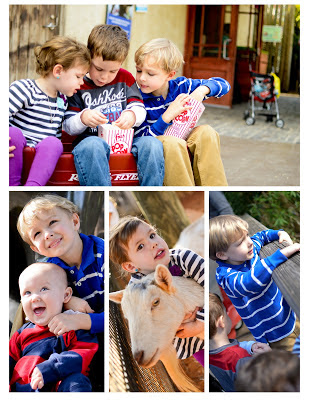 The next morning Jackson was excited to play a little Mario Kart with Carter before they headed home. Poor Audrey wasn't feeling great at this point, which we discovered later in the week was because she had the flu. Unfortunately, Jackson got it later in the week as well, so we got some extra time together, which made up for the week I was gone before that!

We loved getting to spend some time with one of our favorite families for the weekend though! There are more pics of the fun in the album.

Posted by Elizabeth Taylor at 8:40 PM