A little over a week ago Jackson's school had their Field Day. Ross and I were both in town for a change, so we went to check it out. It was very different than what we remember field day being like. It was basically a free-for-all. They started in the gym. Each kid had a partner, and they took turns picking what they wanted to do for two hours. There were lots of game options. Some indoors and some outside. Jackson and his partner, Lizzy, started outside. 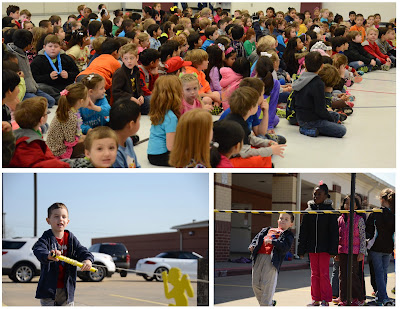 A free-for-all is tough for kindergartners. Jackson and Lizzy had a hard time deciding where to start. Once they had a couple of games under their belts, Lizzy decided she didn't want to play the games Jackson wanted to play. Poor Jackson was so disappointed. His teacher quickly came to the rescue though, and they did great the rest of the time! 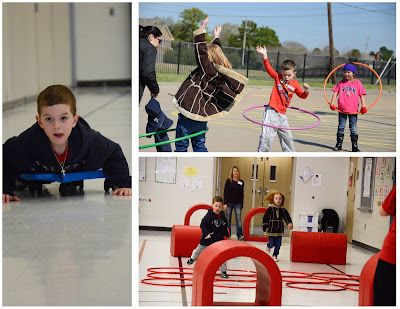 Two hours of non-stop playing was a bit much for these two though. They took a little break and watched the other kids for a while before getting back to the fun! 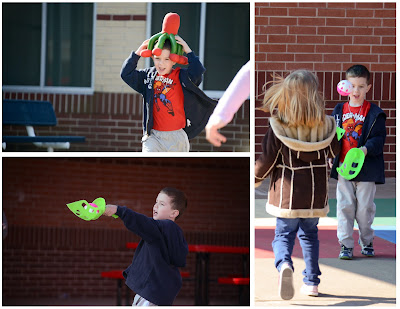 There are more pics of the fun in the album!

Posted by Elizabeth Taylor at 7:55 PM