Jackson's school held their carnival fundraiser at the beginning of February. It was a fun event! They had all kinds of games and activities. Jackson especially loved showing off his hula-hooping skills, which we didn't know he had! Audrey loved singing and dancing to any song the DJ played. One of the activities was a room where you could choose what to have painted (face, hair, or nails). Jackson chose to have a rocket painted on his face, and Audrey requested to have her nails painted a sparkly pink. 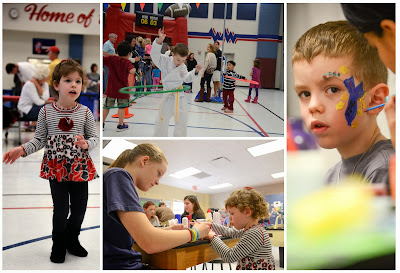 Another activity was a karate demonstration by the students from Bushi Ban that attend Falcon Pass Elementary, which included Jackson! As one of the youngest kids on stage, we were so proud to see him get up there without any hesitation. He did great, but most importantly, he had fun! 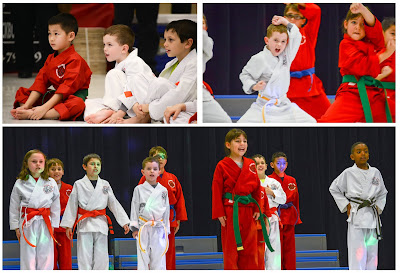 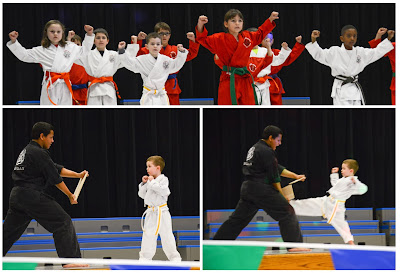 It was an all around successful event, and we're looking forward to the next one!

Posted by Elizabeth Taylor at 3:30 PM