We decided to get Jackson a play set for his 2nd birthday. It's been sitting in our garage for a little while as we've been redoing the backyard. The playset has been part of the master plan for the yard though, and it's finally done! Over the last three weekends, Ross and a couple of good friends, Eric and Todd, have assembled the play set.

The first weekend, Eric and Todd came over with their drills in hand and spent most of the day in the swelltering heat piecing together the play house portion of the set. It was so hot they eventually got smart and set up a tent and a box fan to provide a little relief. They came to a pretty abrupt stop when we when decided to head to Shreveport because Ross' dad, John, had gone into the hospital, which you can read more about here. Eric and Todd were awesome! While we quickly started gathering our things to leave, they helped clean up the yard so everything was in place before we left.

When we returned home from Shreveport later that week, Ross was able to get the swing set portion of the play set up with minor help from me. Knowing Jackson's love of swinging, this was an important milestone!

Today, Ross put the finishing touches on the play set which included the ladder to the second story, the rock wall, and most importantly, the slide! When Jackson woke up from his nap today, everything was ready to go, and he was one excited little boy! Here are a few pics of him checking everything out today. There are more pics in the album. 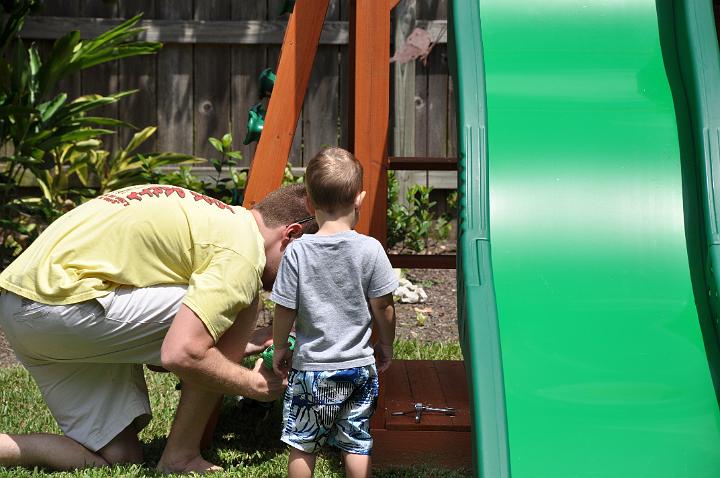 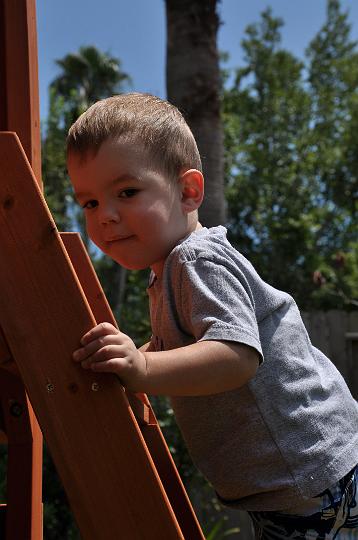 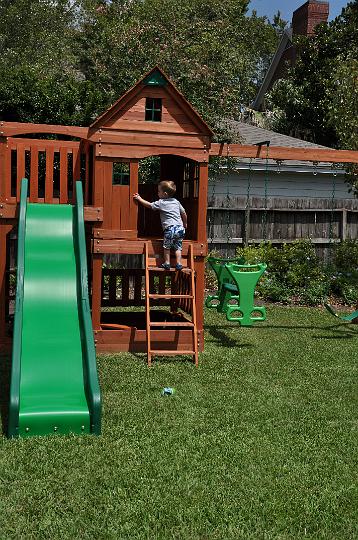 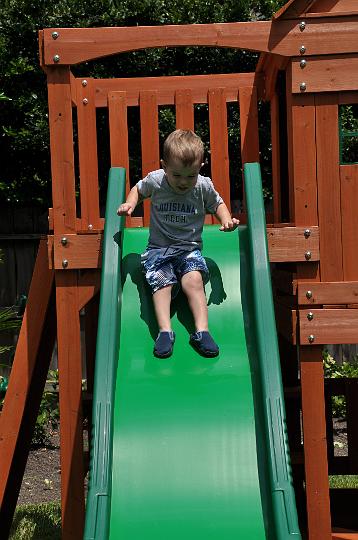 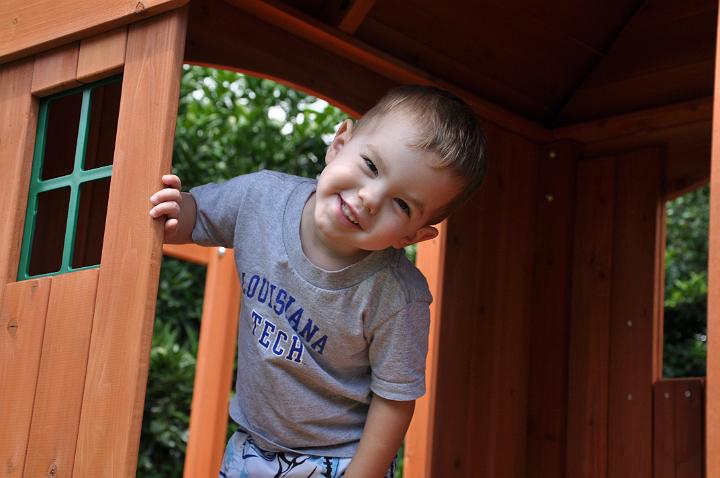 Posted by Elizabeth Taylor at 6:42 PM