We wrapped up our Christmas celebrations in Leakey with the Taylor and Rodriguez families. This trip definitely had its ups and downs, but overall, we really enjoyed the time with family. I'll break this trip into several posts so it's not as long...

After a nice car ride to Leakey, Jackson and Audrey were excited to see Mitchell and Philip when we arrived. Leslie joined us soon after work, and Ross' Mom and Dad, Susan and John, made it shortly after Audrey went to bed. Everyone was eager to exchange gifts, so Jackson quickly began helping everyone. 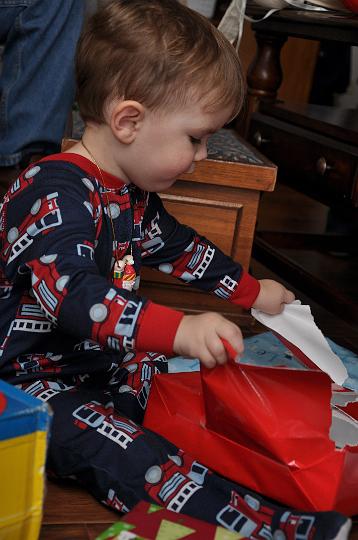 None of the kiddos slept well that night, which is VERY unusual for Jackson and Audrey. Jackson was the instigator on Wednesday night, and unfortunately, every time he cried, he would wake up everyone in the house. I'm sure it was because we were off schedule and in a different place, but it made for a very long night and a very rough next day.

We fought through the grumpiness and spent some time outdoors, which improved all of our moods. Since Audrey missed the gift exchange, we took her gifts to Susan and John's (AKA Grandmother and Granddad). She had her own method for opening them this time, but Jackson helped her out in the end. 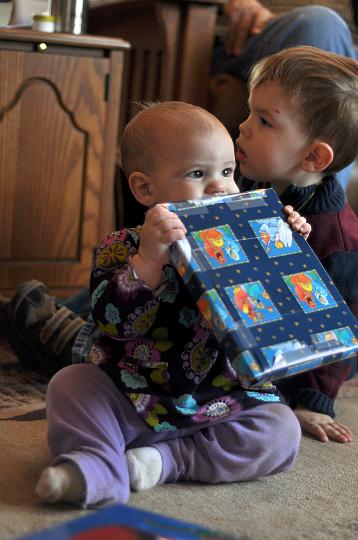 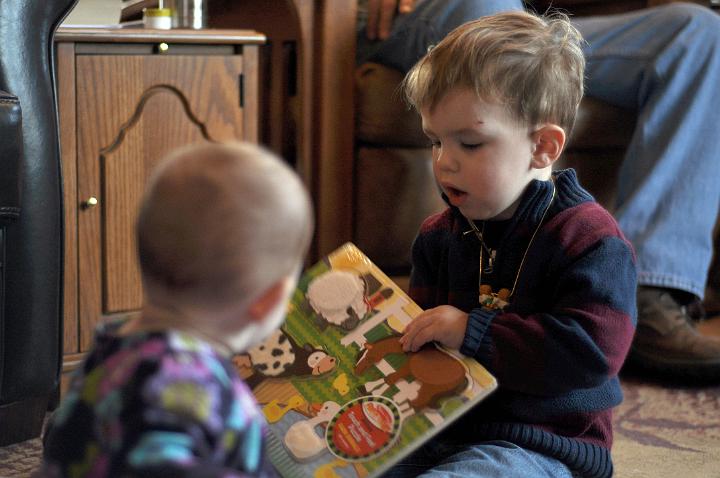 Before a delicious seafood gumbo dinner that John made, the kiddos "sang" and played drums on the table on their patio. 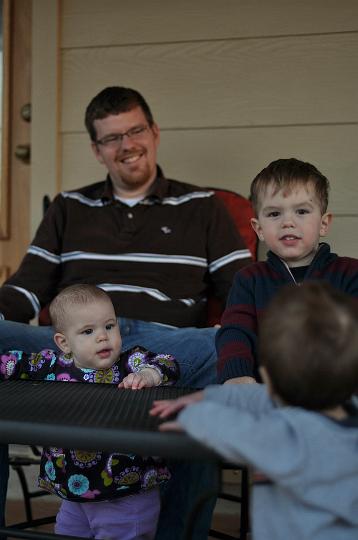 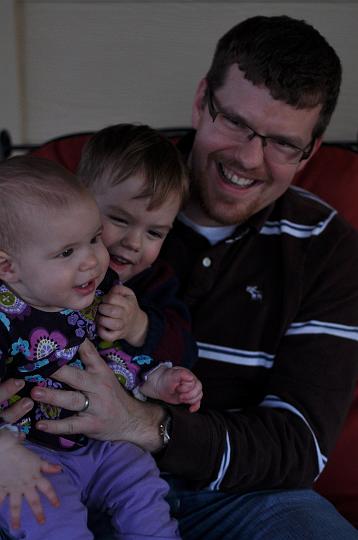 Thursday night ended up being rough too. However, Audrey was the source of the crying through the night this time. Jackson and Mitchell managed to sleep through it all though. I'm guessing Jackson was still exhausted from the previous night!

The last gift was opened Thursday morning. Audrey got a princess car from Mitchell, and she was very excited about it. She can't quite scoot on it yet, but she can push it like a pro! Of course, Jackson was ready to take over as soon as she stepped away. He has enjoyed all of her toys as much as she has! 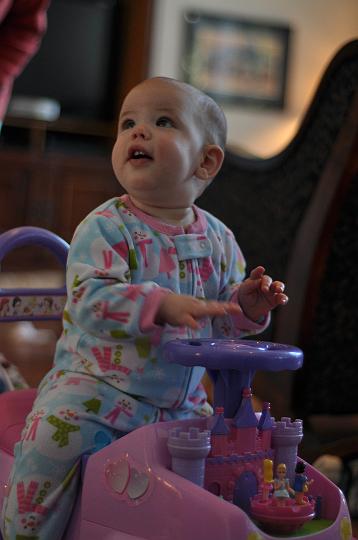 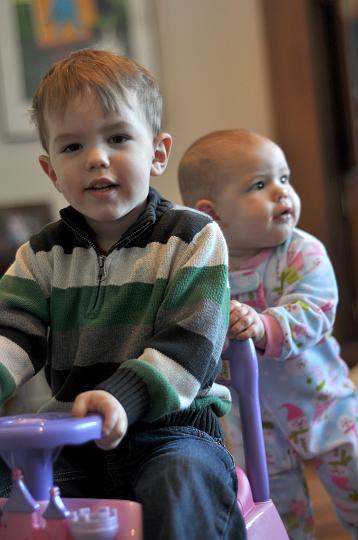 Poor Mitchell was sick most of this trip, but we did get to hang out when he wasn't sleeping. He's always a laid back kid, but was even more so during this visit. 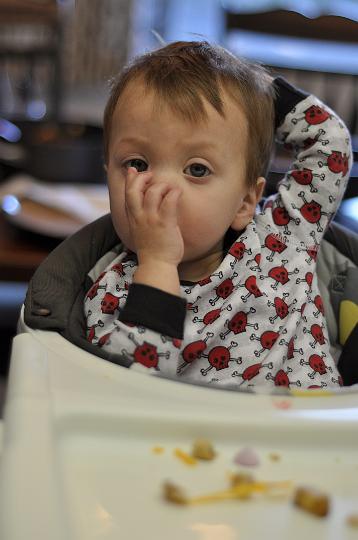 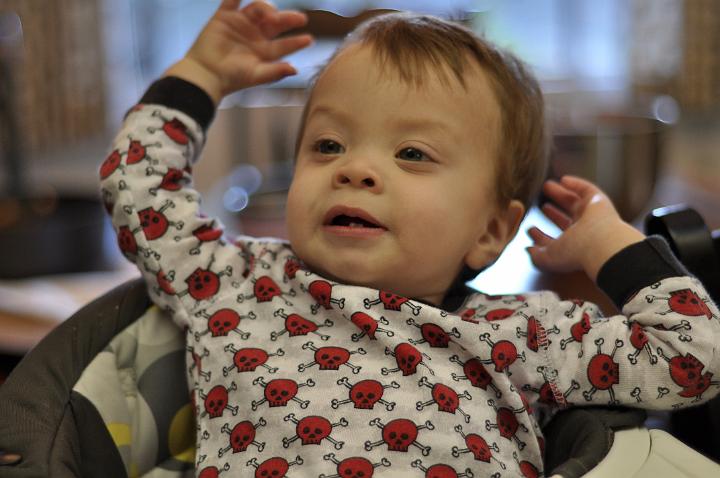 They always had fun together, especially at meal time. Jackson was feeding Audrey, and Audrey was trying to feed Mitchell. Mitchell was more interested in his thumb though. 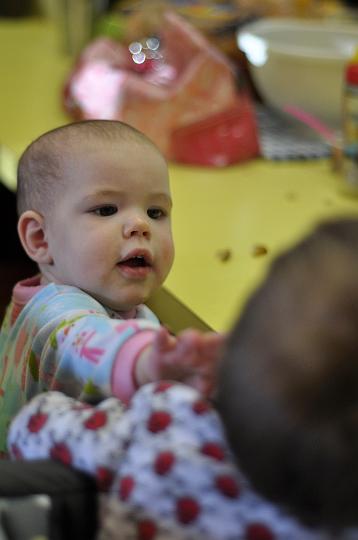 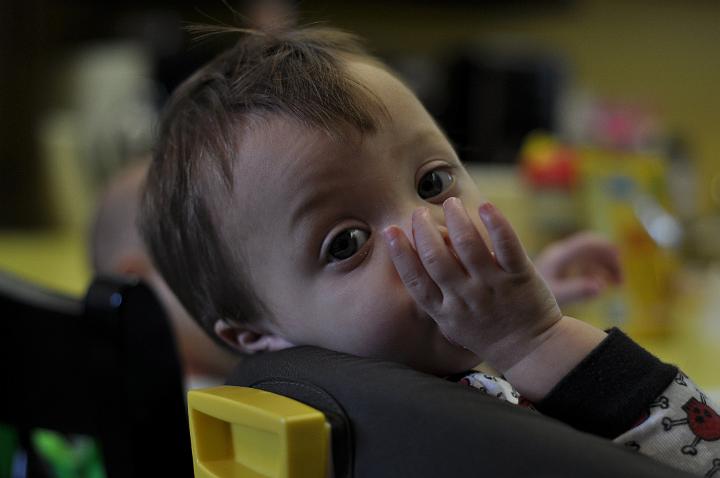 The kiddos all slept better the last night, but of course, that was New Year's Eve, which means we still didn't get much sleep!

Sleep deprived or not, we had a great time seeing everyone. We also spent some good time at the Stepladder Ranch and celebrating New Years with family and friends...more to come on those. For now, I'll leave you with a link to the album to check out more pictures (yes, there are always more!) from all of the fun.

Posted by Elizabeth Taylor at 5:19 PM