We had our last planned ultrasound today, and we're still expecting a healthy baby girl! As of today she weighs 3 lbs 6 oz. All four chambers of her heart we're beating strongly at 131 beats per minute, and apparently she's already working on her flexibility for becoming a dancer because she had her feet above her head!

We have decided to name her Audrey McKenzie Taylor. Audrey means "Noble Strength" and is simply a name we really like. McKenzie is a name that belongs to two special people in our lives. Ross' great aunt's name was Elsie McKenzie. Elsie was Dick's mother, and someone both Ross and I loved and respected immensely. Ross' sister, Leslie McKenzie, was named after her. Because Elsie meant so much to us we wanted to honor her by using the name McKenzie. We hope baby Audrey will live a life as full and rich and God-honoring as Elsie.

Here are a couple of the ultrasound pictures of Audrey from today. The first is a face shot from the front, and the second is a profile. We think she is adorable and can't wait to meet her! 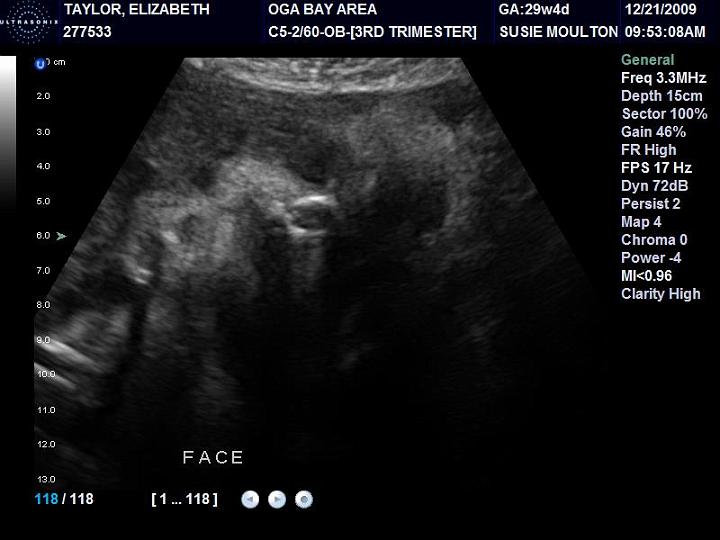 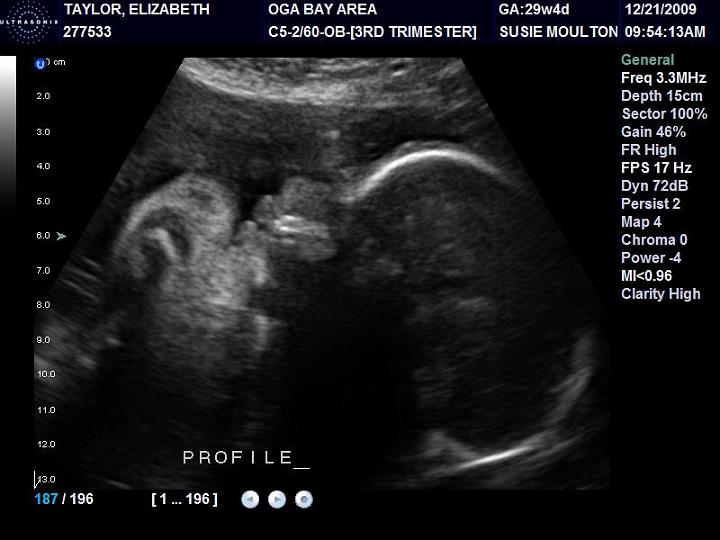 Posted by Elizabeth Taylor at 5:28 PM

We love her already!!

Sorry that was from aunt Leslie!