We had a lot of wonderful family time yesterday. I didn't get pictures of everything, but we put together puzzles, built forts, and spent a lot of time outside enjoying the hot December weather...it's Houston.

Jackson has learned to entertain himself outside. The swing is still his favorite place to be, but he's beginning to spend a little more time on the rock wall, slide, and drums. 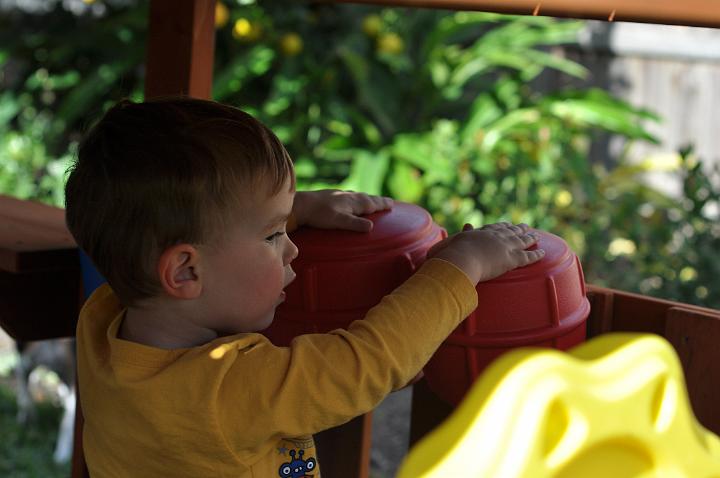 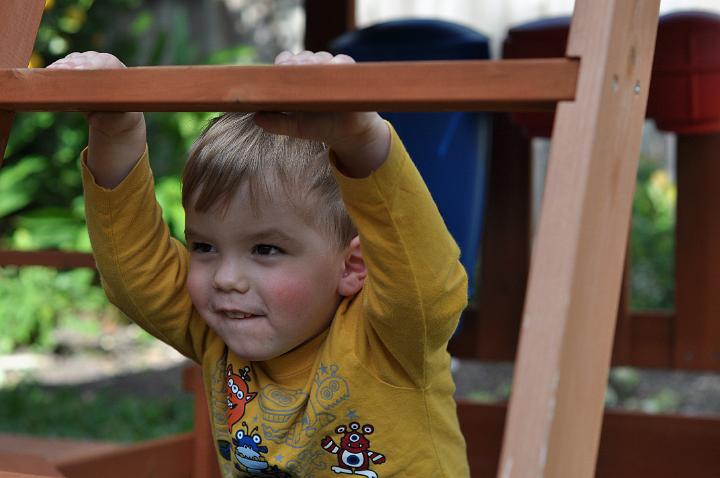 Jackson continues to be an amazingly sweet big brother. He is sharing toys (by taking turns or giving Audrey a toy of her own if she has something he wants), as well as his water cup, which means Audrey has learned to drink from a straw. I guess it's time to get her a cup of her own!

She is pulling up on everything and even stands on her own for a few seconds from time to time. She is very deliberate in everything she does. When she's ready to sit down, she reaches her hand down to the floor and slowly lowers herself. Jackson, on the other hand, would just plop down when he was done standing at this stage. She's also beginning to wave, both by opening and closing her hand and waving her arm up and down. 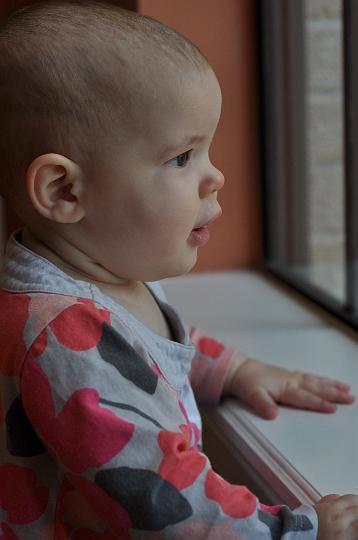 Posted by Elizabeth Taylor at 10:52 AM