We definitely kept busy this weekend. Friday afternoon was the Fall Festival at Jackson and Audrey's daycare. They had lots of fun games and prizes. Audrey enjoyed taking in all of the action. Jackson, on the other hand, was the source of lots of action as he checked out every game, but in the end, he was still more interested in the swings than anything else. 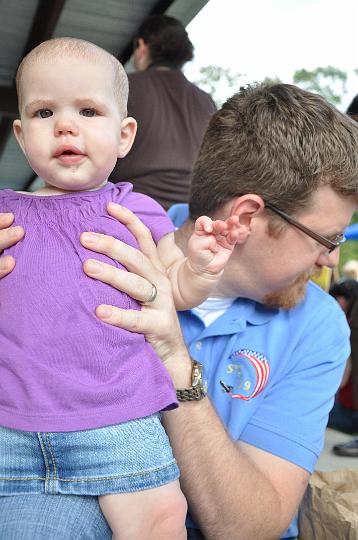 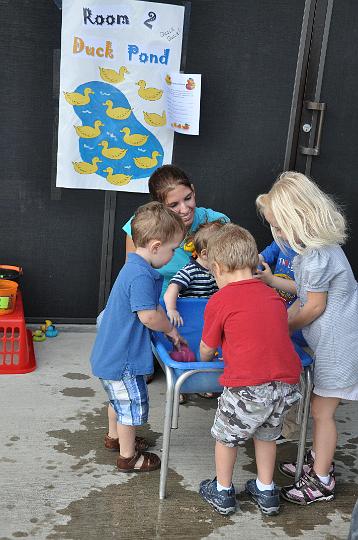 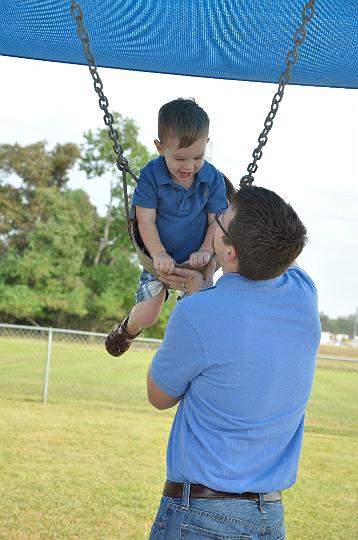 Saturday we went to the pumpkin patch at Clear Lake United Methodist. Jackson and Audrey both had fun checking out all of the pumpkins. Ross had actually taken them on Thursday after going to the doctor for their flu shots, but they were only allowed to get little pumpkins that day. Saturday we picked out a big pumpkin to carve together. Here they are checking things out. 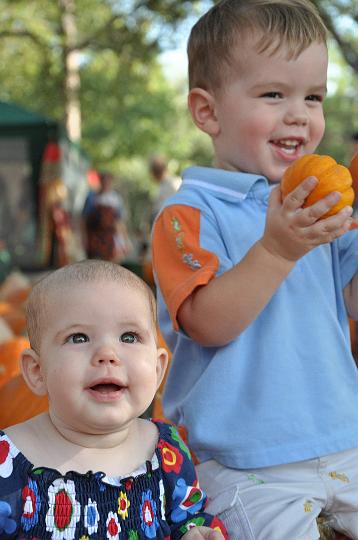 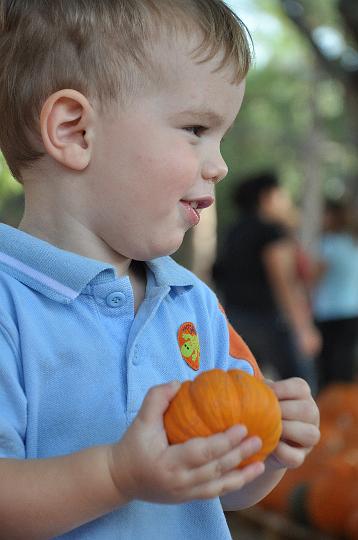 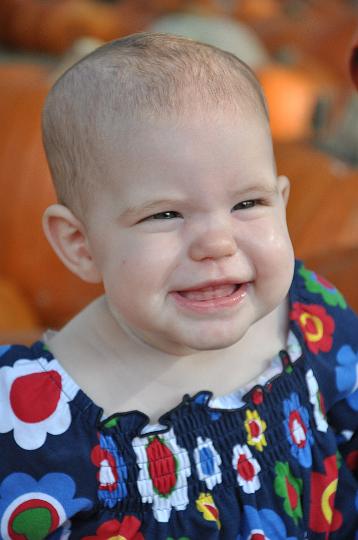 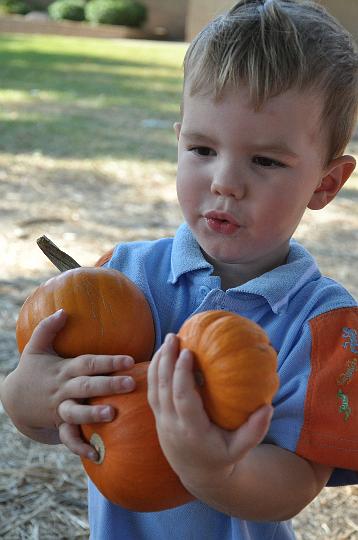 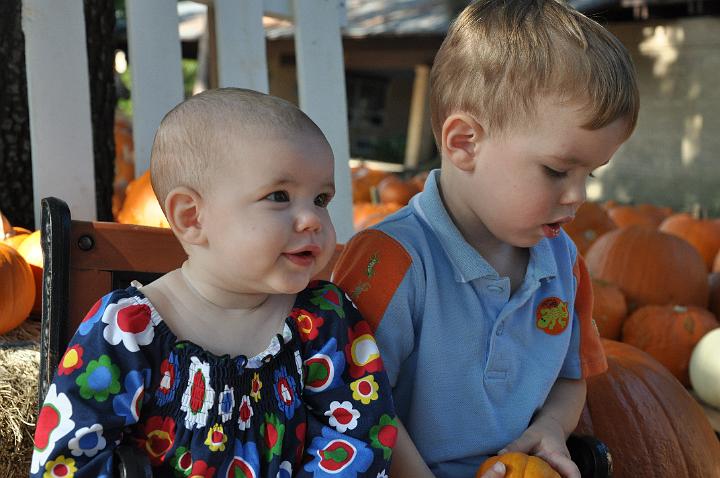 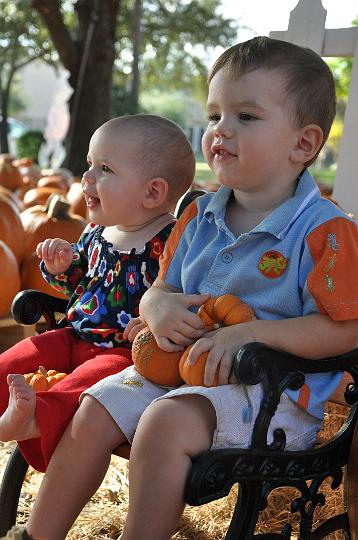 When we finally decided on a big pumpkin, Jackson wanted to help carry it to the car, so we found a wheel barrow he could help load it into. This way he got to go for a ride too! 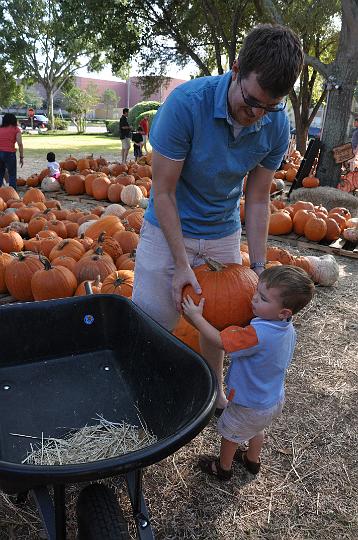 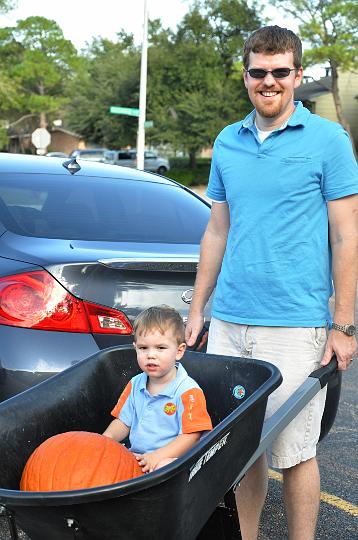 From there we went to an Oktoberfest Party at Evan's house. Evan is a friend of Jackson's from daycare. They had an awesome set up with a jumping castle for the kids and a huge tent covering most of the backyard where they had tables and chairs. We had a blast visiting with everyone, and Jackson couldn't get enough of the jumping castle. He came home with a few new bumps and bruises as proof of all the fun he had.

Today we cleaned out and carved the pumpkin! Jackson spent most of the time swinging, but occasionally he'd come over to give his approval and to see if he could fit pieces back in. I think he was pretty pleased with the final product though. He's all about smiley faces right now, and this one reminds me of the face he makes when he says PLEEEAAASE. 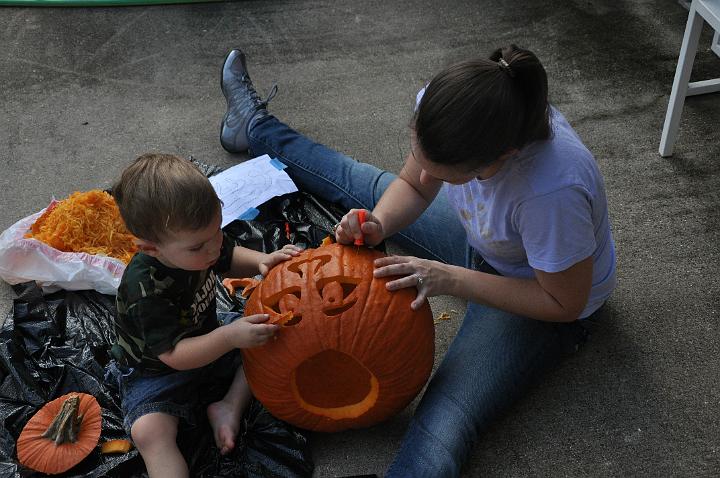 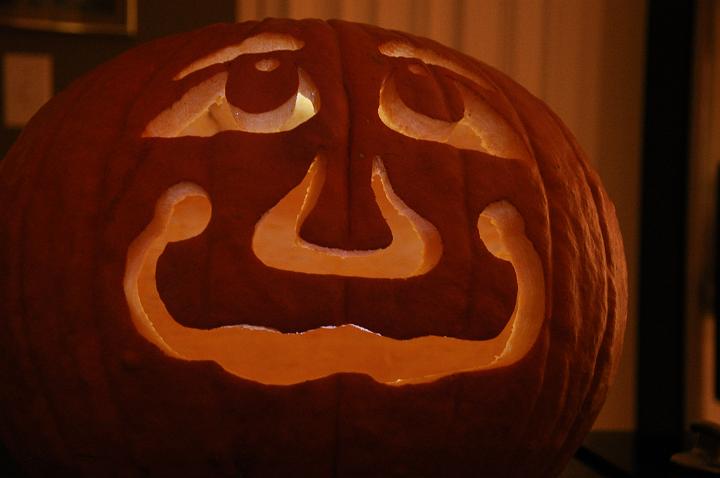 While we were sitting outside carving pumpkins, we had a beautiful butterfly visiting our flowers. 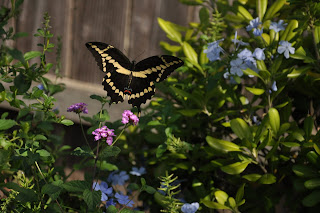 On a developmental note, Audrey is now between an army crawl and on all fours. She can get just about anywhere and quickly too when she's motivated! She's pretty close to figuring out how to get back to a sitting position too. It's amazing! She has three teeth now and is working on the fourth. She started eating cheerios and puffs last week, and we were shocked to discover that her pincer grasp (index finger and thumb) is pretty advanced. She constantly amazes us. She's babbling a lot too, and her teachers think she'll be an early talker...I guess we'll see. This is all going by WAY too fast!

There are a few more pictures from the weekend in the album.

Posted by Elizabeth Taylor at 12:22 PM