Just a few weeks ago we began some transitions for both Jackson and Audrey, and I'm happy to report both are doing extremely well! We can officially say Jackson is fully potty trained now. He hasn't had an accident at night in over 2 weeks!

Audrey's transition off the bottle has gone well too. The first few nights she cried as she was going to sleep, but now she just curls up and goes right to sleep. She's an expert with the sippy cup and has even demanded to use a regular cup, which she does surprisingly well with. She is now cutting her 8th tooth, and I think her molars are on their way soon. 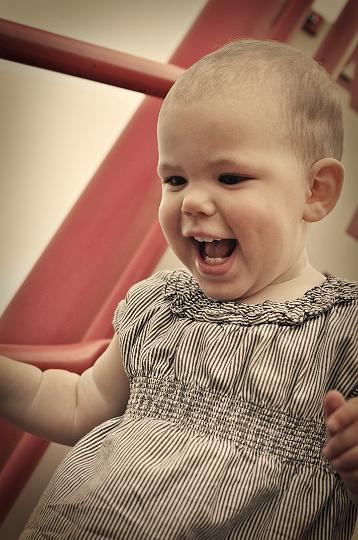 Audrey and Jackson both constantly amaze us. Audrey can figure just about anything out with a quick study! She is a climber, so we've had to create a make-shift baby gate at the bottom of our stairs since there's not an easy way to actually install one. We've lined up several ottomans along the bottom step, and it's been working well. She has been climbing up stairs for quite a while now, but I discovered at the park today that she has figured out how to get down them too. I'm not ready to trust her on our stairs alone, but she's making progress!

Jackson's language, imagination, and thought process in general are what amaze us about him these days. He loves to pretend. He has lots of dinosaur friends...some are grumpy and some are nice, which seems to be determined by what color they are. :) If you can keep him focused, you can have a really fun conversation, and when we ask him a questions, we are often surprised at the logic behind his answers. He's at a really fun age! 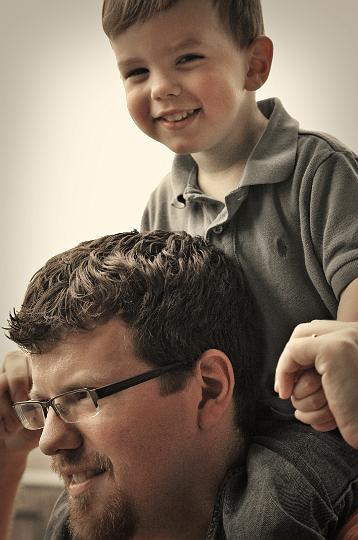 Posted by Elizabeth Taylor at 5:34 PM