We were a little more active on our third day at St. Lucia. We started the day with a "game" of tennis. Really it was more like "see how many balls E can hit over the fence" or "see how far E can make Ross run". None the less, we had fun laughing at each other and getting a good workout. 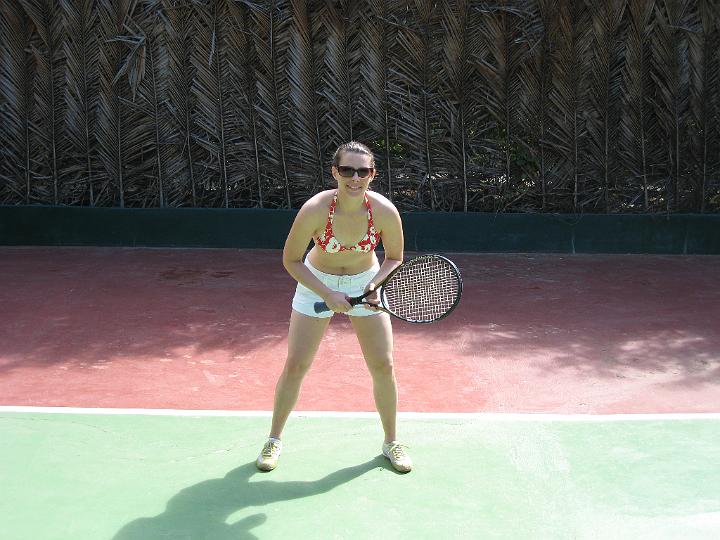 We rested a little and had lunch on the beach where we watched the crabs bravely venture from their homes in search of food. 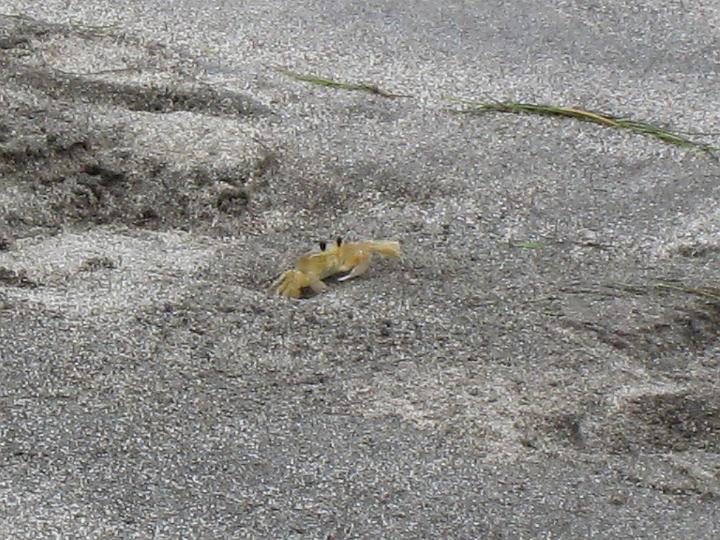 In the afternoon, a local guy named Meno took us for a hiking tour of Anse Mamin plantation next door to Anse Chastanet. We learned so much about the heritage of the people and the island. One of the basic things we learned was that "Anse" means bay, and the name that follows is the original land owner's name. Anse Mamin was originally a sugar cane plantation worked by slaves. To keep the production of molases going even during the rainy season, Mamin put a roof over the building where the molases was boiled. It was so hot people would kill themselves to be spared.

The next owner, Du Bouley, turned the plantation into a fruit plantation where coconuts, cocoa, citrus, bananas, and many other things were grown. We saw the remains of the building where the coconuts were cooked to make them easier to process, which was also the slave quarters. I think Meno said around 200-250 slaves slept on the second floor of this building, which also would have been excruciatingly hot due to the fire that was heating the coconuts. In between the molasses and coconut buildings was a building used for drying the cocoa beans. The doors on the side would open up allowing the beans to be slid in and out as needed depending on the weather. 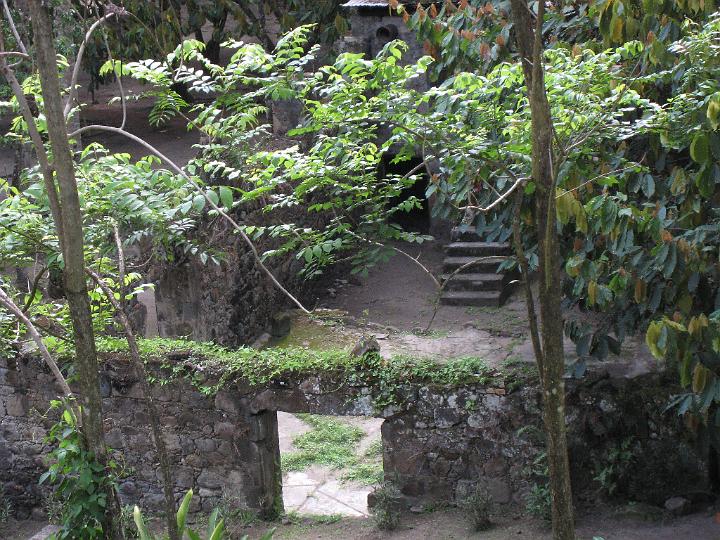 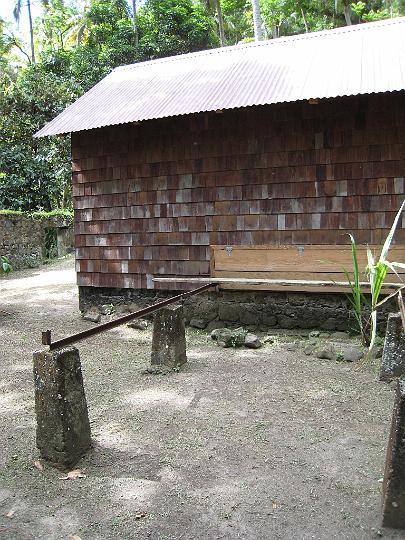 Next we hiked to the cemetary and church built for the slaves. It was not a very large church. Mamin would allow groups of them to take turns worshipping so the harvesting and processing could continue. 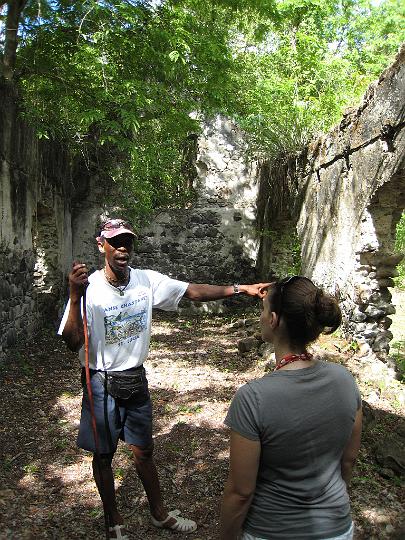 Near the church was an oven that the slaves used for cooking. Meno described how they would seal it off and use a smaller "window" to check on the food to prevent heat from being lost...pretty smart! 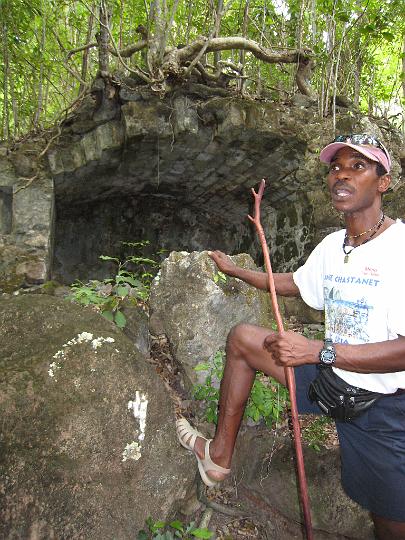 From there we continued on to Mamin's second house. His first house was destroyed by a kitchen fire, so this one was built with the kitchen in a separate building. 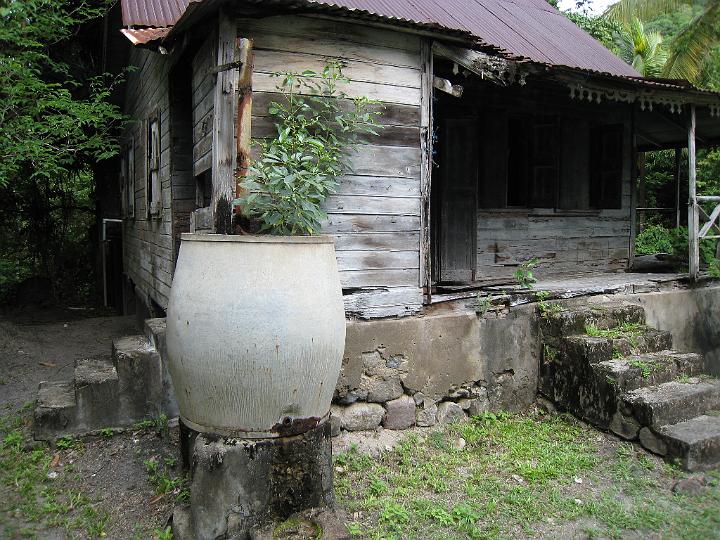 We also saw many beautiful flowers, learned a lot about the local herbs and trees, saw a hummingbird's nest and a "sun burned" tree. 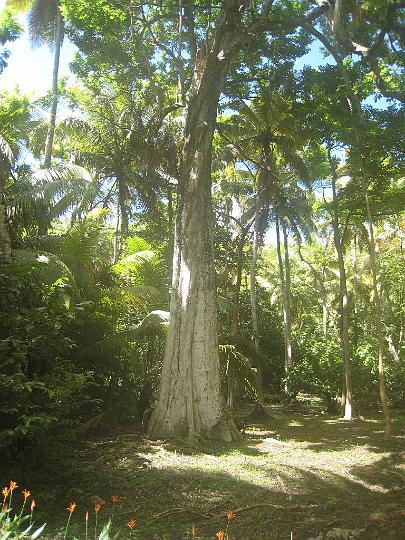 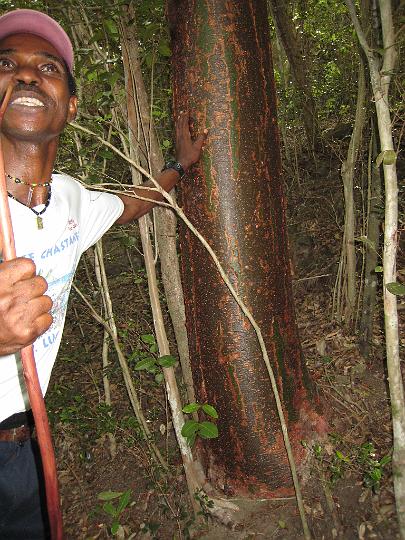 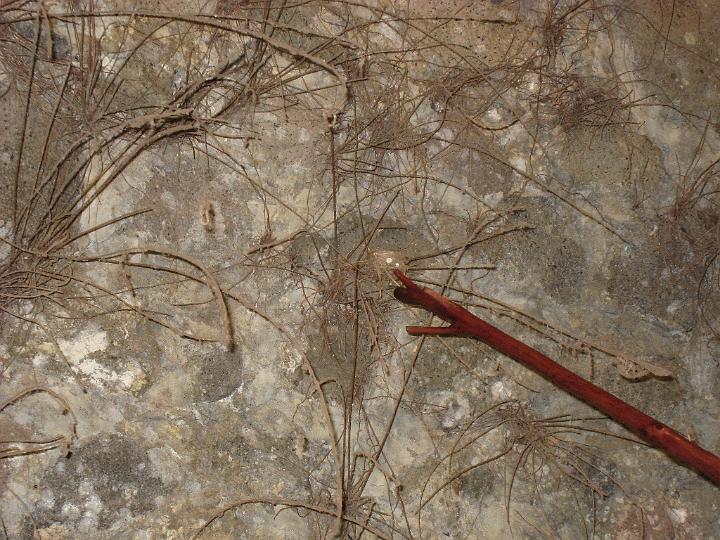 That night we went to the Beach Bar again for drinks and to watch the sunset. Then we went back to the Tree House for dinner. After dinner we made our way to the other bar at Anse Chastanet to listen to some local music and visit with Alex and Jessica. Of course, where there's music, I will dance. The girls had fun dancing with some of the staff, and eventually the guys joined us. It didn't take long for us to break a sweat on the dance floor, but it was too much fun to stop! 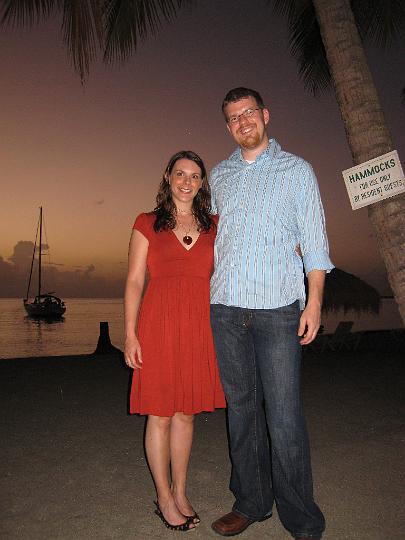 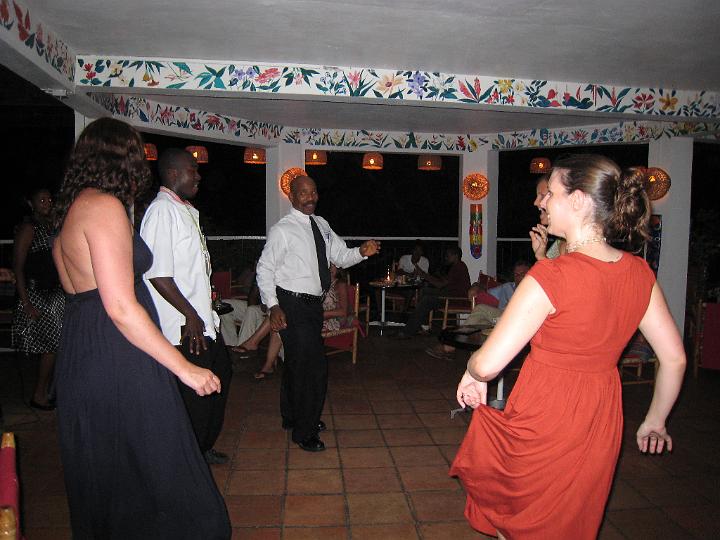 Posted by Elizabeth Taylor at 5:58 PM